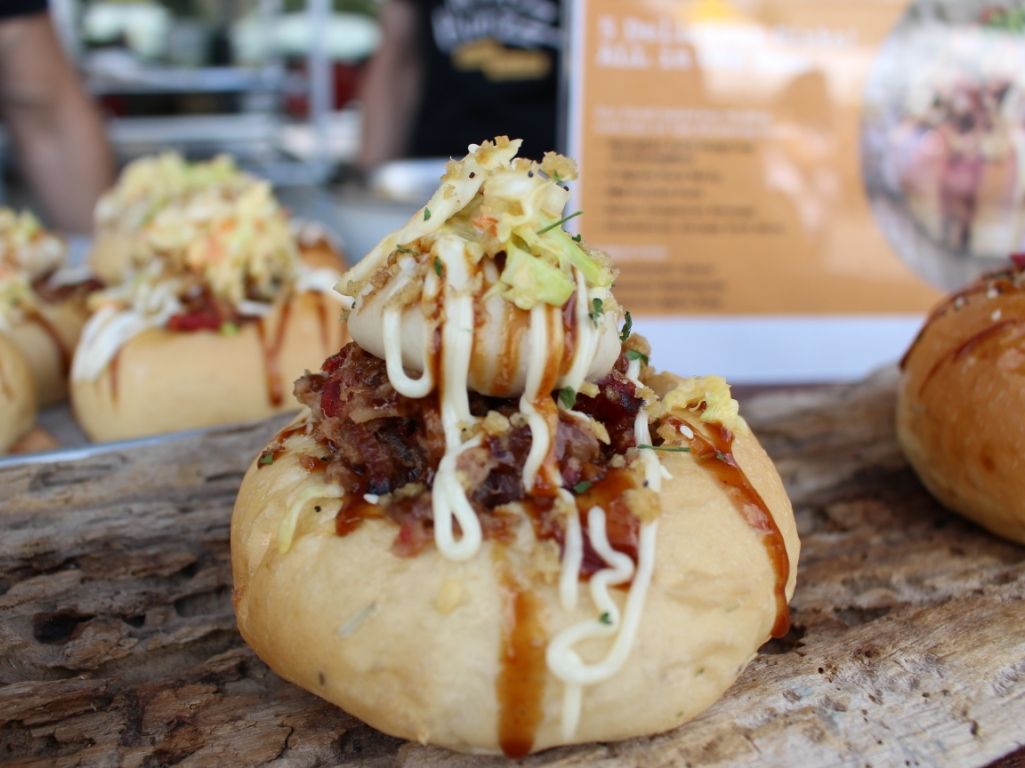 The Canadian National Exhibition is almost here, signaling the end of summer. But luckily the end of summer brings with it delicious morsels of food to lovers of the ‘see food and eat it’ diet — the best diet known to man. While the CNE has no shortage of great eats, here are 5 outrageous ones that are definitely worth checking out this year.

For this concoction, a bun is packed with slow-roasted pulled pork, a five-spiced pork belly, longanisa sausage, crispy pork skin, and a pork soup dumpling. It’s then topped with okonomiyaki sauce, a Japanese-style mayo, and a honey apple slaw.

This concoction is Canadian through and through, having been cooked up special for the country’s 150th birthday. It packs some punch: the bun is made with Frank’s RedHot sauce.

The Ex wouldn’t be the Ex without at least one completely outlandish dish, and this year it’s likely to be the Spaghetti Donut Balls, while there’s a conventional option — a savoury Fritta containing spaghetti topped with tomato sauce and parmesan — there’s also the option to have it topped with chocolate ganache and cinnamon sugar.

‘Mountain’ is no exaggeration in this case. A brownie is topped with cheesecake, topped with a white chocolate cone, that’s topped with a confetti donut and cotton candy. It’s all made more diabetes-inducing with a dusting of powdered sugar.

Don’t try to count the calories in this sandwich of veal, a pulled pork panxerotto, jalapeno, cheese, BBQ sauce and a slaw topped with two mini brownies. You may want to share this one.