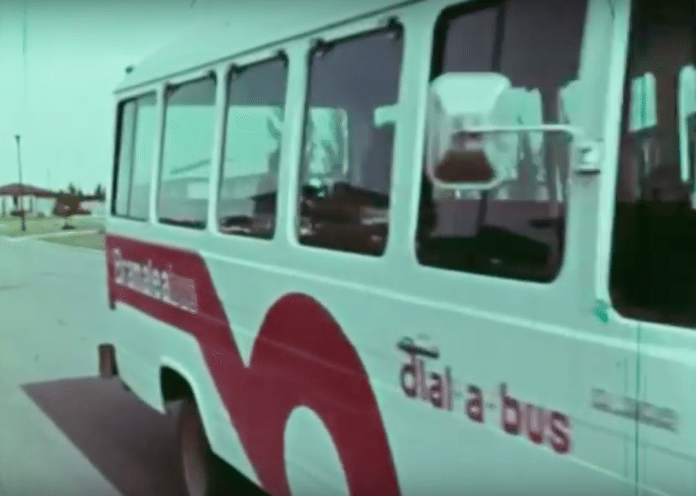 Brampton is one of the most prominent – and still growing cities – within the Greater Toronto Area, home to an abundance of homes, schools, industries, and transport services. The ease with which we can get around Brampton and travel to neighbouring cities has significantly improved, but it is also a luxury that was not always around.

Before Toronto was the large-scale metropolis it is today, effectively connecting both the hub city and adjacent towns into what we now call the GTA, transportation to and from the prominent urban centre was not always so easy.

In 1954, the Municipality of Metropolitan Toronto was created to address the urban sprawl problem. Toronto became a federal city, wherein the city and suburbs were under the same municipality, and thus had equal say in how it was run.

By the 1960s, Toronto had expanded beyond the Metro borders, into suburban areas we now refer to as Brampton, Mississauga, Vaughan, and Markham.

Up until the 1950s, TTC system capital and operating expenses were successfully paid for by the fare box – i.e. the fare paid by passengers was enough to cover costs.

However, as Toronto began to grow, the TTC’s ability to maintain this system of cost absorption decreased. The city was expanding to the countryside, and there was an increased number of lower density suburbs that more and more people were flocking to, Bramalea being one of the most prominent at the time.

The growing distance between people in suburban areas, and Toronto, led to a prevalent problem in urban transportation access.

Individuals without access to personal transportation — like cars — were finding it increasingly difficult to travel within their towns and get to Toronto For those who were too old or young to drive, had one car shared amongst many people, or were financially unable to afford their own mode of transportation, it was harder still.

Providing buses to these areas was problematic: buses had to travel farther distances to serve fewer people, leading to a lowering in revenue and a contrasting bump up in costs.

In 1972, when suburban areas were able to get the TTC to drop zoned fare charges (charges that were dependent on where a person lived), the TTC began to rely on subsidies to keep up with costs.

At the time, the province was responsible for the improvement of regional transportation for individuals who needed to get to and from Toronto. They needed to find a solution that would also reduce the cost of the increasing usage of the 401 and the QEW, the primary highways used to get into the city at the time.

In an attempt to better connect the suburbs with the downtown core, both for passengers and fiscally, the GO Dial-A-Bus program was created to solve the local transit issue.

The idea was that buses would provide service where and when it was wanted, with convenience similar to that of a private car and not unlike ride-sharing services today.

Riders would phone a central dispatch office one hour before they wished to travel, and a bus would pick them up at their front door at a cost of 35 cents per ride.

Buses were centrally located at Bramalea City Centre and would fan out every half hour. Once passengers were picked up they had the choice to be dropped off anywhere within a designated zone or taken to the central terminal to catch connecting buses.

The program allowed ease of travel not previously available to Brampton at the time.

Despite the government’s optimism that the program would be successful, the needed level of profit was never attained. Minibuses were unable to carry enough people and fares couldn’t make up the costs.

The program was eventually nixed and the TTC later introduced local transit routes into their system. For Brampton, this meant that the Brampton Dial-A Bus system was eventually replaced by Brampton Transit.

The Bramalea Dial-A-Bus system served the satellite city in Chinguacousy Township until it merged with Brampton on January 1, 1974. Then, two years later, local public transport routes were introduced via Brampton Transit on January 1, 1976. From there, the local Brampton transit system grew and continues to expand today.

The Government of Ontario produced a documentary all about Dial-A-Bus in the 1970s. Brampton’s portion can be seen at 2:50 – 5:05. You’ll hear some familiar street names and even catch a glimpse or two of Bramalea City Centre back then.

Check it out below.