Bramptonist
Home News Entertainment This is When Brampton’s Orion Gate Theatre Will Close to Turn Into... 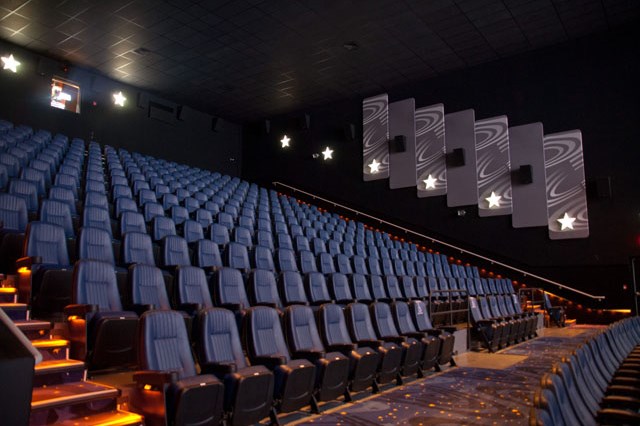 Just a couple of weeks ago Cineplex announced it would be converting Orion Gate theatre into a Playdium which will open in mid-2019. While it’s an exciting prospect, it also means the loss of a theatre, bringing the city’s count down to just one.

Some are excited about the prospect, but more than a few are torn up about the loss of what’s considered Brampton’s low-key theatre. Here’s what we know so far:

Orion Gate should permanently close in September. There is no specific date, but Bramptonist will get more details later this year. The date is based upon building permits and contractor availability.

The reason that Orion Gate was chosen is that it was a successful movie theatre and Cineplex wanted to keep the real estate. However, the theatre required renovations.

“The location was selected because we have such a strong footprint in this community in the theatre network, and the community supports the Playdium,” says Sarah Van Lange, Cineplex’s Communications Director. “Just based on the attendance at the theatre level, we know that a lot of families come to that location and we know that the Playdium would thrive.”

She adds that there is a Rec Room at Square One Shopping Centre in Mississauga, which Cineplex considers close in proximity to Brampton in comparison to Toronto. Mississauga’s Playdium location is closing, and the company believes that Brampton carries more potential amongst teen and family demographics.

While the Rec Room is 50% food and 50% entertainment, Playdium’s Brampton location should be about 75% entertainment and 25% food. The major difference between the old and new Playdium entertainment options is the emphasis on indoor play, such as laser tag, bowling, and ropes courses. This is in contrast to Mississauga’s outdoor race tracks.

In line with the original announcement, Lange also emphasizes Brampton’s location will have improved food options with chef-inspired features that cater to teens, all of which will be made-to-order with fresh ingredients.

Cineplex is also expected to integrate more technology such as virtual reality. The company also says that guests will have wristlets to keep track of tickets and tokens.

They’ve also revealed prizes will differ from the Rec Room’s shot glasses to more youth-oriented pieces such as selfie sticks and candy.

Sadly, it is not in the immediate plans to build a new movie theatre in Brampton once Orion Gate closes, and Lange was unable to confirm whether the company plans to do so in the future. She did confirm that there will not be any immediate changes made to SilverCity, such as more screens, but she also confirmed that movie ticket prices will not change.

Cineplex is currently evaluating the expansion of TimePlay, an app that offers an interactive gaming experience before movies, into more theatres and SilverCity is in the mix for consideration.

Lange says that all staff at Orion Gate will have the opportunity to choose the theatre they want to transfer to for work, and when it opens, Playdium will hire up to another 100 employees. She adds Cineplex anticipates movie-goers will make the transition by using nearby theatres such as SilverCity Brampton, Cineplex Courtney Park and SilverCity Mississauga.