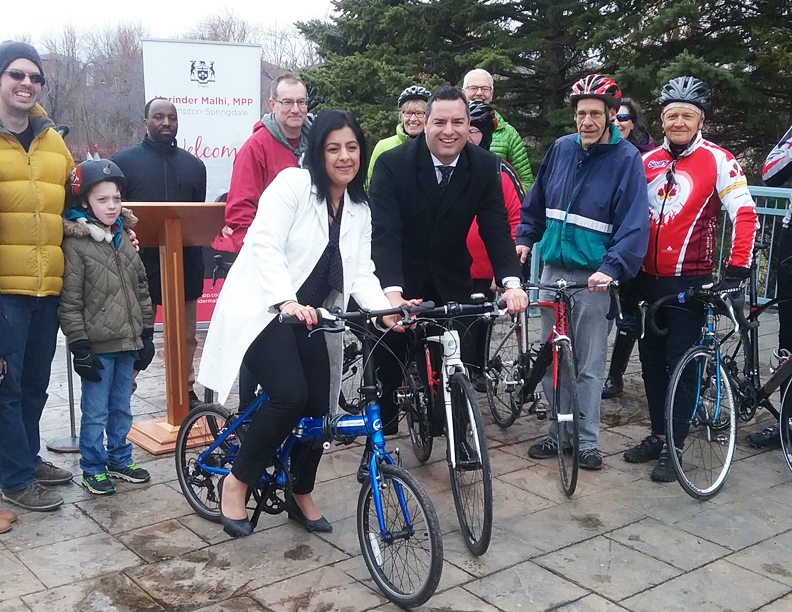 Riding along the Etobicoke Creek between Brampton and Mississauga will be made easier thanks to money from the provincial government.

Harinder Malhi, MPP for Brampton Springdale, was joined by Regional Councilor Martin Medeiros (Wards 3 & 4) and many members of the Brampton cycling community to announce the contribution from the province’s $10 million cycling infrastructure fund. 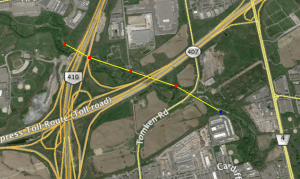 Overview map of area where improvements are centred on.

The funding will go to closing a 1.93 km gap on the south end of the Etobicoke Creek Trail, where the trail goes underneath the 410/407 lands. The connection will become the first off-road connection between Brampton and Mississauga. The hope is the trail will eventually be extended on both ends, south to the Waterfront Trail in Mississauga, and north to the Greenbelt Trail in Caledon.

Money from the province will become available to the city in April. The project has to be open by March 31, 2018.

The provincial fund is applicable for up to 50% of the project’s need, up to $325,000. The other half must come from the municipality; Brampton set aside their half of the money during the last budget process.

Other cities that have received funding from the provincial program include: