Downtown Brampton could be getting a huge makeover. As the Region of Peel prepares to replace water mains in the city’s core, they’ll also be giving the area a much-needed face lift.

At a late February open house, designs were presented for a remodeled downtown streetscape. One design in particular could see parts of downtown become completely pedestrian-only zones.

The other end of the spectrum staff were considering do nothing with downtown and just proceeding with the water main replacement as planned. In all they considered six different options.

Alternative 1– Close all lanes to traffic and designate Queen Street and/or Main Street for pedestrians only, similar to Manhattan’s Broadway.

Alternative 3A and 3B – Allow curbside parking with the option to allow for flexible uses like a street furniture, patios and street market booths. 3A would have flexible street parking on one side of the street, while 3B would have it on both sides.

City staff looked at pedestrian and cyclist safety, traffic impact, maintenance, cost and a few other things as part of the decision-making process. 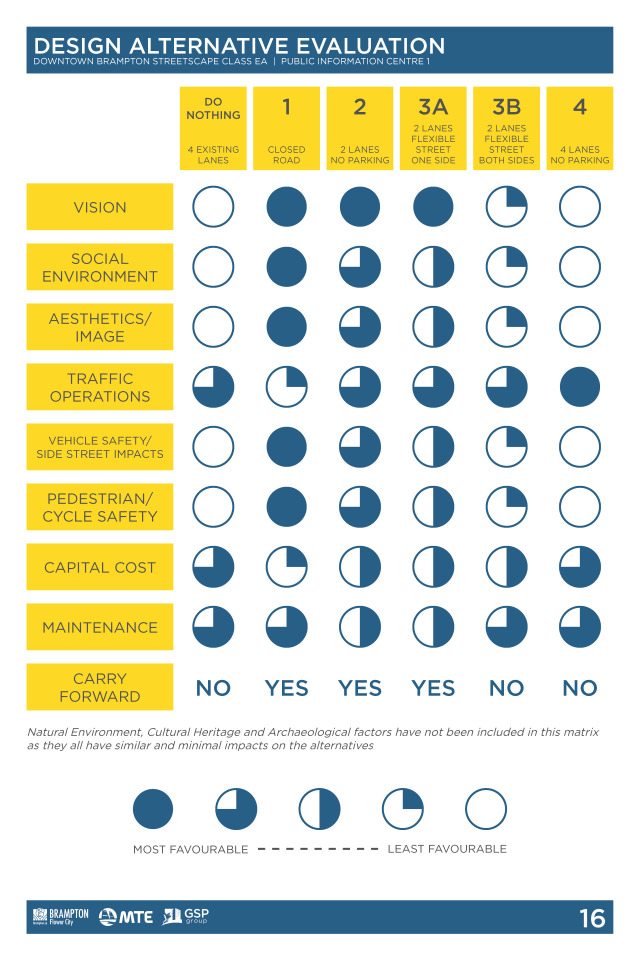 The city is set to complete environmental studies by April and work to implement the chosen design soon after Peel Region starts construction on water mains in the summer.

Which option do you like best? Do you think downtown should go completely pedestrian only? Let us know in the comments.