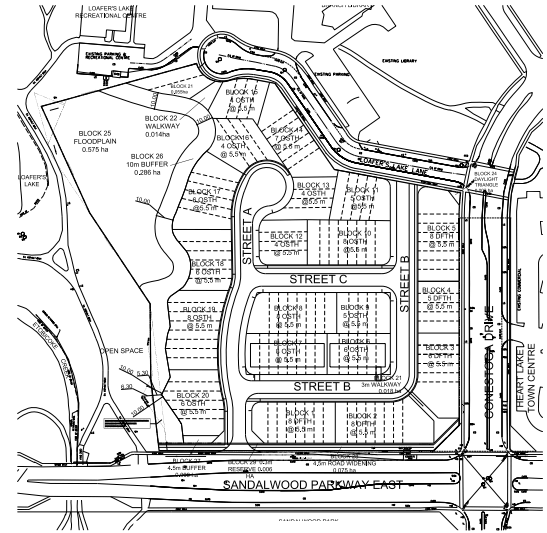 After nine bitter years, a development was finally approved by council on June 6 for the corner of Sandalwood Parkway and Conestoga Boulevard, with the blessings and agreement of residents and the developer.

Royalcliff Developments has proposed and asked for a bylaw amendment to build 124 townhouse and 2 single detached units across from Heart Lake Town Centre, near Loafers Lake Recreation Centre and Cyril Clark Library.

It looked like the development might be rejected again, after city planning staff noted many concerns over the proposed townhouses and recommended rejecting the zoning by-law application.

Some of the reasons that staff were recommending rejection of the application:

There were 10 delegations of residents prepared to present to councilors, and from the mood in the atrium before the meeting, they weren’t pleased.

Councilor Elaine Moore, chair of the city’s Planning and Infrastructure Committee, warned residents not to berate staff, noting planning staff has to given their best professional advice. She further said council cannot tell staff what to put in a report.

In what was clearly not a surprise move to some members of the gallery, Councilor Michael Palleschi put forward a motion to approve the bylaw amendment, and not go with staff’s advice on the matter.

Most of the delegations withdrew, aside from one person who wished to thank Palleschi and Councilor Doug Whillans for their work in this issue.

Council unanimously accepted the motion. The residents who showed up for the meeting were very happy, congratulating each other afterwards.

For all intents and purposes, this application is approved. While it still needs to go through a Draft Plan of Subdivision process, that process only deals with minor changes. During the meeting Palleschi noted that he hopes staff won’t be sticklers to the developers when working through this process.

A Timeline of the Heart Lake Development Battle

1989: A developer is granted zoning for two 18-storey residential highrises, at 419 units maximum and/or a 7-storey commercial building. The plan fizzled out. 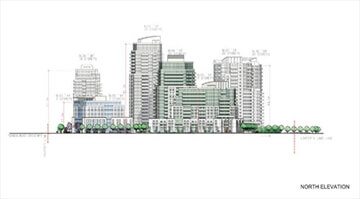 October 2010: City loses appeal against OMB decision regarding this proposal. 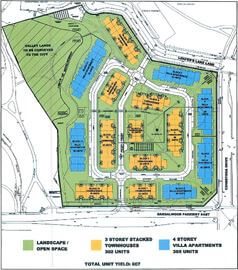 City and OMB approved proposal in 2014. 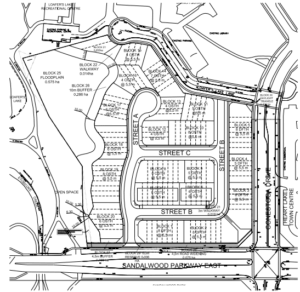 Newest and approved proposal by Royalcliff.

March 2016: Status report of the newest proposal, after the city received the application in May 2015.

April 2016: Statutory public meeting happens. Most delegations are in favour of the new proposal.