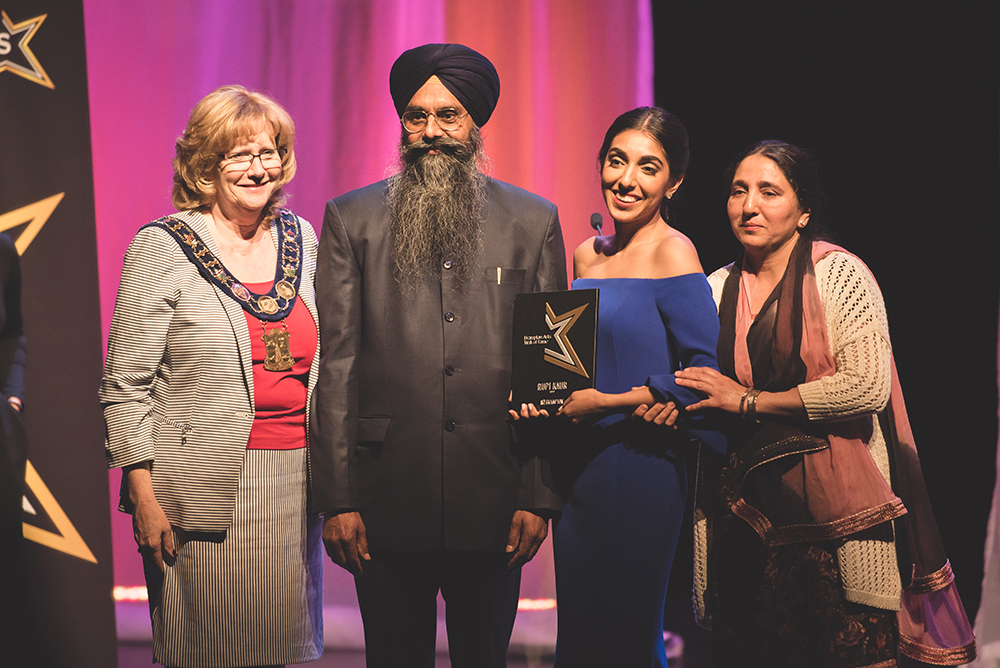 Kaur kicked off the evening by performing to a sold-out crowd, sharing works from her latest book The Sun and Her Flowers, as well as new poetry, music and pieces from Milk & Honey — her debut poetry collection which sat on the New York Times Bestseller list for over 100 weeks and catapulted her onto the world stage.

Throughout the performance Kaur shared anecdotes from her time growing up in Brampton, including her graduation from Turner Fenton Secondary School. “I walked across this stage during my high school graduation,” she said. “It was my two seconds of fame and I remember thinking at the time, ‘I’ll never be on this stage again’.” 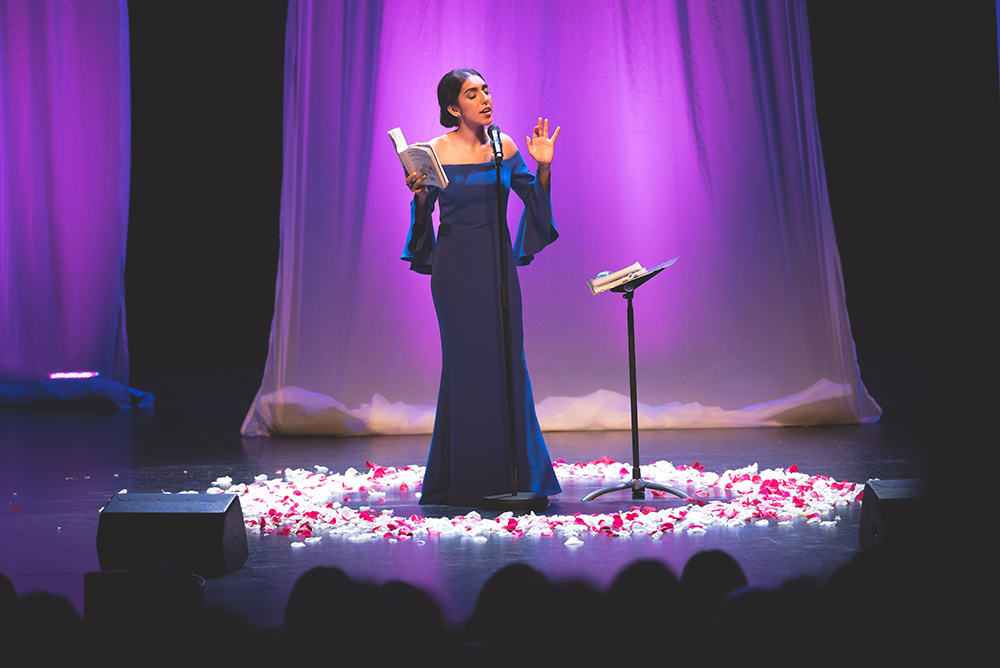 Not only has she performed at the Rose for two consecutive years to sold out crowds, but she’s been touring the world sharing her poetry as her success continues to grow.

Kaur was joined on stage to accept her award by her parents, whom she credits for supporting her and bringing her to where she is today.

Kaur joins other successful Bramptonians (Russel Peters, Michael Cera, Trey Anthony, and others) as an inductee on the Arts Walk of Fame. Her star will be installed at a later date following downtown Brampton’s major construction project that’s slated to begin this summer.