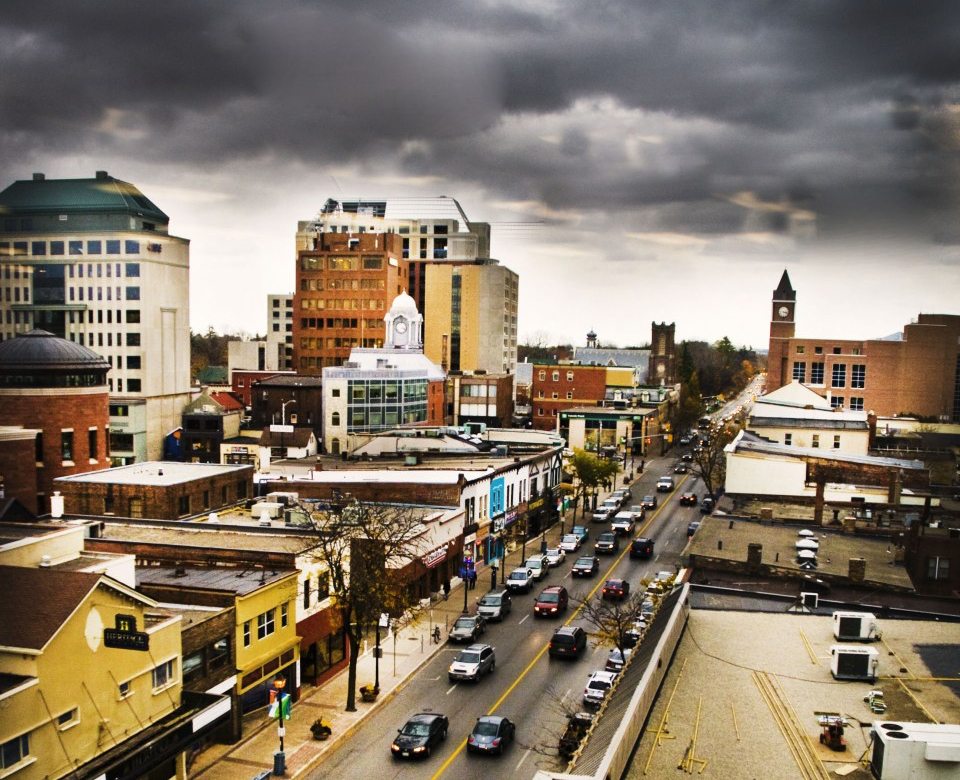 Back in January Brampton kicked off its university proposal process after the Ministry of Education opened up a request for expressions of interest, seeking institutions to set up shop in the city.

In March it was revealed that Ryerson and Sheridan had put forward a joint bid to build a campus in Brampton. For months the details between the city, the province and both institutions have been evolving behind closed doors.

There are lots of details to be worked out, and the province isn’t officially announcing the winning bid until the fall. There’s also the added mystery of how the province’s allocated $180 million to fund campuses in Brampton and Milton will be split.

One of the biggest mysteries–and topics of debate–has been where the university will ultimately go.

Based on the facts so far, it looks like the most likely place will be downtown Brampton, and here are some reasons why.

Downtown Brampton is a designated growth area in the city, so it comes as no surprise that the City of Brampton itself wouldn’t mind having the university downtown.

While the city’s first attempt at attracting a university failed, they made it clear at the time that the desired location was downtown Brampton. Now the city is proposing a $150 million investment to build the university and have identified assets downtown as a key part of its plans.

They want to replace the aging Four Corners library, which already houses innovation with its MakerSpace, and make it a part of the university campus.

The city not only owns this, but other buildings downtown that could be donated to the university, most notably the Heritage block that houses the Heritage Theatre, which has been empty and all but abandoned for years.

The province has also only earmarked $180 million for campuses in Brampton and Milton, possibly to be split in half. If that happens, this would give Brampton $90 million, which is only enough to build one building. If the rest of the costs are to fall on the municipality, it makes sense to utilize or upgrade existing buildings and infrastructure.

It’s no surprise that Ryerson University likes urban campuses, after all, it currently resides in the heart of a bustling city. So it isn’t difficult to imagine that it would want the university campus built in Brampton in an urban setting as well.

Regardless of speculation and desire the ultimate decision will be left up to the Ministry of Education. Although the institution that has the winning bid and the municipality will almost certainly have influence.

The Ministry of Education has signalled a shift in how it plans to build universities in the future, moving away from multi-million dollar mega campuses in favour of urban campuses that can make use of existing infrastructure. With Ontario’s ballooning debt, this strategy makes sense.

Of course, the province will have the final say in where Brampton’s university goes. With input from the institution and the city it could be anywhere, but all arrows seem to point downtown.