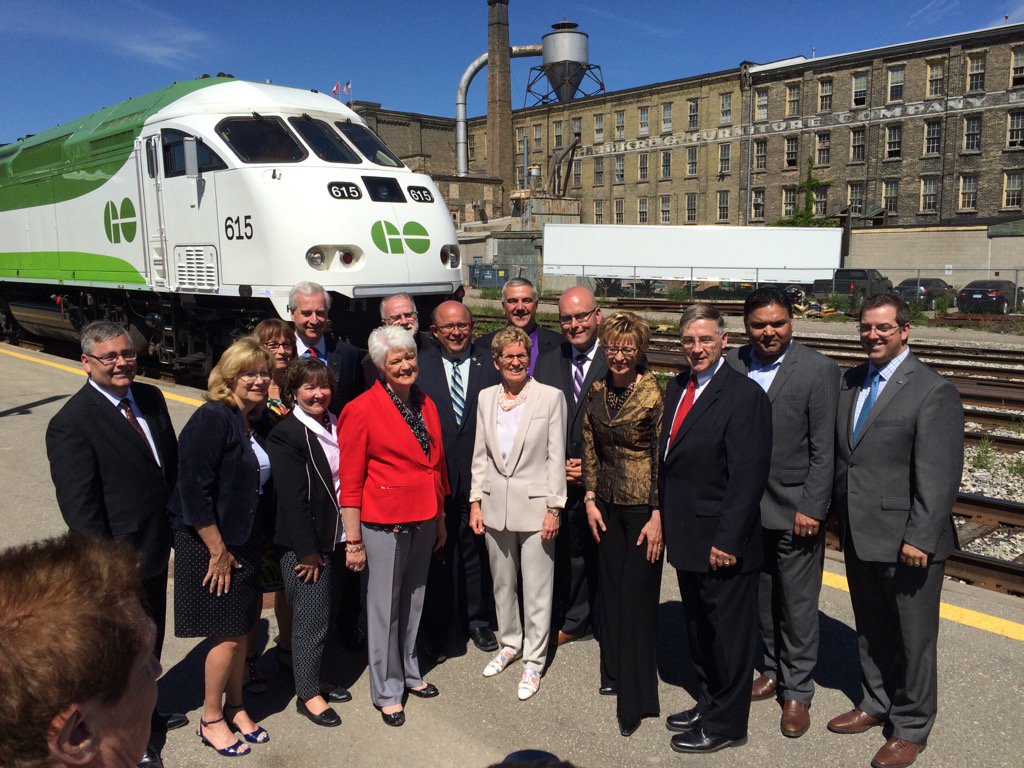 GO Transit service on the Kitchener Line, which services Brampton, will have majorly improved service in the coming decade.

They were joined by representatives from CN rail, as well as provincial and municipal officials, including Brampton mayor Linda Jeffrey.

Metrolinx has secured an agreement with CN rail to build a new freight rail corridor. By building this “Missing Link,” CN will be able to move freight traffic off the Kitchener corridor and GO will be able to add more passenger trains. 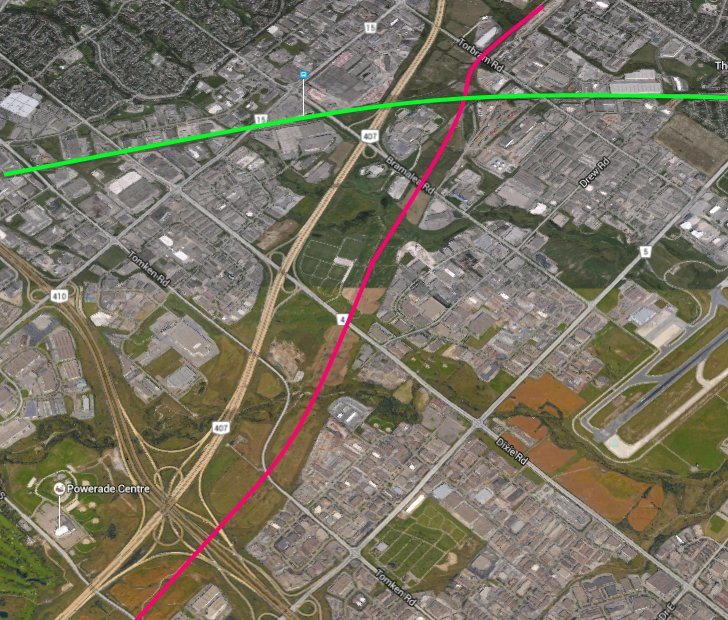 A conceptual alignment of the “Missing Link” in pink (the corridor east of Bramalea has already been built. The GO corridor is in green. Courtesy of Fight Gridlock.

This agreement also means that Metrolinx will be able to electrify the entire GO train corridor as part of their RER program by 2024. Previously, Metrolinx had only been able to promise electrification as far as Bramalea GO, falling short of the two other Brampton GO stations — Downtown and Mount Pleasant.

In addition to the above, GO bus service between Kitchener and Bramalea will expand in September. Service will be present throughout the day; currently, GO busses only run during rush hour.

In September, two more GO trains will also run during rush hour from Kitchener GO to Union Station in the morning and vice-versa in the evening.

The province has also committed up to $43 million, 100 per cent funding, to build Kitchener’s new intermodal hub linking LRT, GO trains and buses, VIA rail, intercity buses, and local transit.