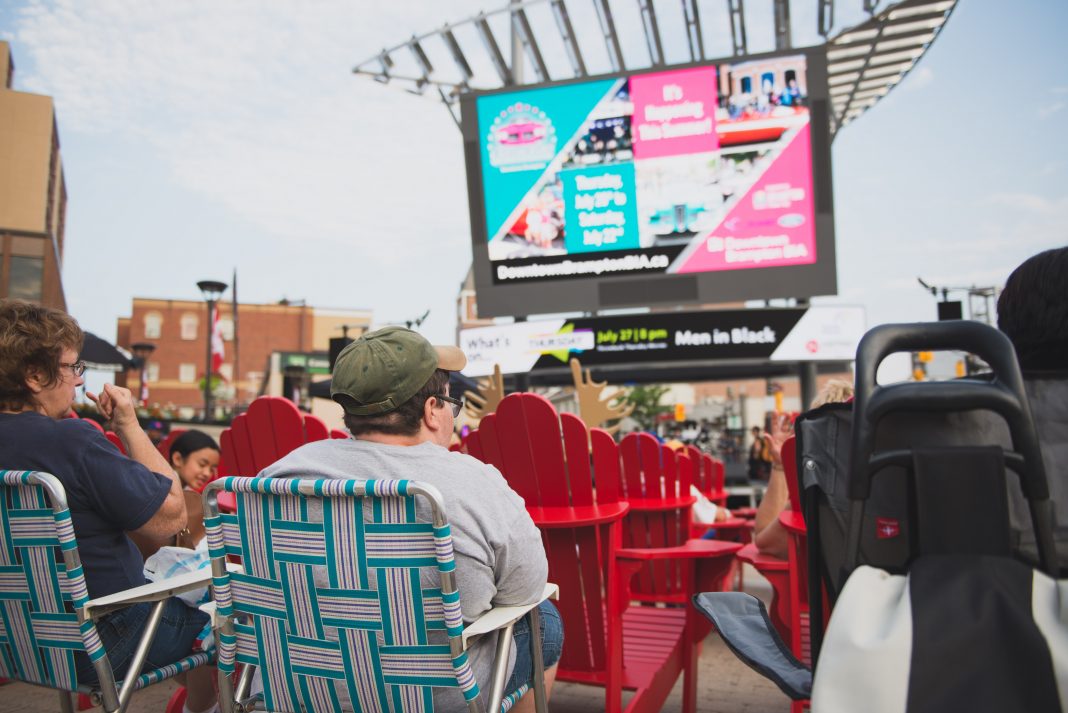 This summer Garden Square in downtown Brampton will be screening the best of Bollywood movies for free. Every Thursday night at 7 p.m., starting July 5 and running through August 30, you can check out one of the following family-friendly Bollywood box office hits.

July 5: Munnabhai MBBS
Munna is a criminal who sets out to fulfill his father’s dream of becoming a doctor. With help from his sidekick Circuit, he enrolls himself in medical college and drives Dr. Asthana up the wall.

July 12: Lage Raho Munna Bhai
A hilarious underworld gangster known as Munna Bhai falls comically in love with a radio host by the name of Jahnvi, who runs an elders’ home, which is taken over by an unscrupulous builder who gets the residents kicked out–ironically with the help of Munna’s sidekick, Circuit, while Munna is busy romancing Jahnvi elsewhere.

July 19: English Vinglish
A tradition-minded Indian housewife (Sridevi) enrolls in an accelerated English-language course after she finds herself unable to place a simple order in an American restaurant.

July 26: Paheli
Kishanlal marries the beautiful Lachchi, but the day after the wedding, he leaves on business for five years. When Kishanlal reappears only a few days later, Lachchi is delighted, but this new Kishanlal is, in fact, a spirit who has taken the form of Lachchi’s husband, after having seen her by chance and fallen in love with her. Four years later, the real Kishanlal returns and the townsfolk must determine who is who.

August 2: Partner
Prem (Salman Khan) likes to think he knows more about women than the average man. Growing up with six sisters made him more sensitive to the female psyche, and he’s turned that experience into a successful career helping other men land the women of their dreams. One of his newest clients is Bhaskar (Govinda), who has fallen in love with his wealthy boss, Priya (Katrina Kaif). While helping Bhaskar, Prem develops feelings for Naina (Lara Dutta), a journalist who doubts his matchmaking skills.

August 9: Love Aaj Kal
Two lovers break up after they realize that their career goals are pulling them in different directions.

August 16: Chalo Dilli
En route to her destination via plane, a busy executive gets stranded with a middle-class, fast-talking male, and chaos ensues.

August 23: Mary Kom
A chronicle of the life of Indian boxer Mary Kom, who went through several hardships before audaciously accomplishing her ultimate dream.

August 30: Heer Ranjha (Harbhajan Mann)
An epic love story in which two lovers Heer and Ranjha get along with each other but unfortunately their love story is not easy. Ranjha fights his way to get Heer but he is not able to do so.