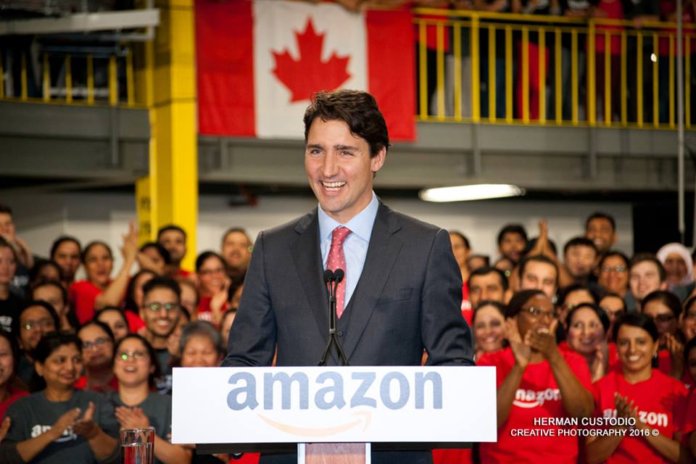 The new cutting-edge facility already employs 350 people and is set to employ well over 700 full-time employees in the coming months.

The prime minister says that Amazon’s new distribution centre is proof that large corporations see Canada has a worthy place to invest and do business.

Because of the new distribution centre, Amazon Prime customers living in the GTA can now enjoy same day delivery for orders over $25.