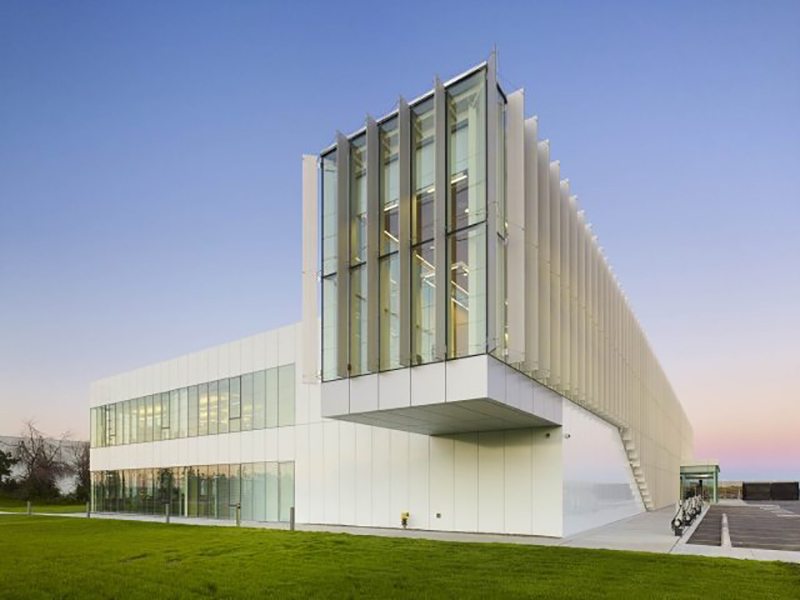 A rendering of phase one of the new Williams Parkway Operations Centre.

The Ontario Association of Architects (OAA) has placed the building as an award-winner in their 2017 Design Excellence Awards.

The facility at 1975 Williams Parkway is the only finalist out of 10 that is an example of industrial architecture.

The rest of the finalists are athletic facilities, a university research building, libraries, a private residence, condos, and a transitional housing residence and centre.

Rounthwaite Dick & Hadley Architects (RDHA) is responsible for the architecture of the new building and have designed both phases.

The first phase is the administrative part of the works yard. It includes a new two-storey office building, with event space, a new environmentally sensitive parking lot, and a significant amount of green space.

Unlike others such facilities, the work yard here is only partially hidden from view, allowing the public to see the city’s work through a partially glazed fence. 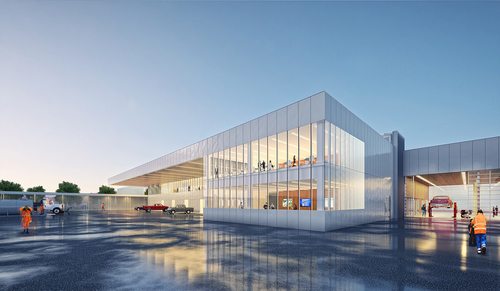 A rendering of phase two of the new Williams Parkway Operations Centre.

The second phase, slated to be finished soon, will house a reworked yard facility. Amongst other things, the new facility will include a weather event control centre (for emergency situations), workshops, and a new city fleet storage and garage facility.

The environmental certifications of the building are top-notch too. It’s qualifies as LEED (Leadership in Energy and Environmental Design) Gold building, the second highest qualification that one can achieve in the worldwide green building certification standard.

The operation centre features geothermal heating and cooling, solar-powered lighting, a massive green roof, and other features. Some of these features will likely reduce the operating costs of the facility.

A rendering of the new Springdale Library.

RDHA’s other famous work in the city is the new, currently under construction, Springdale Library. That building, not even finished yet, won a 2015 Canadian Architecture award for Design Excellence.

The OAA is running a contest for People’s Choice. If you want to vote for Brampton’s new works yard, you can do so here.