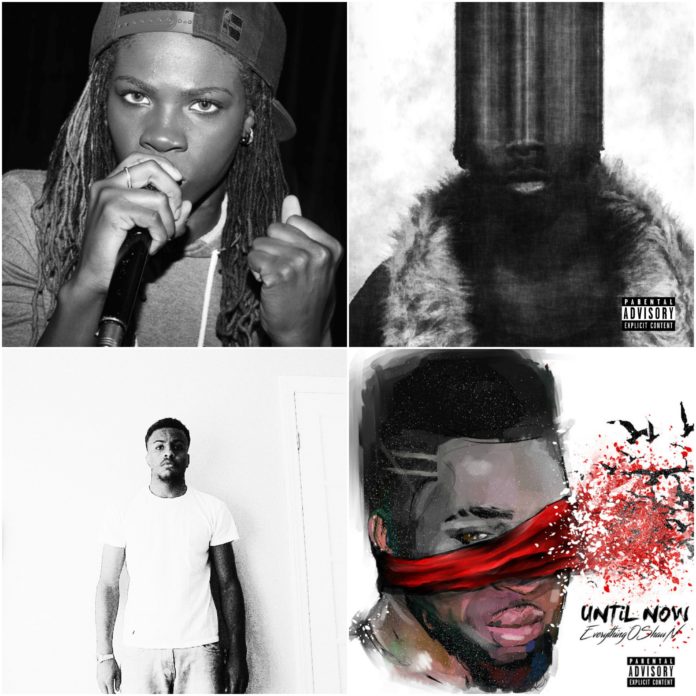 VILLA exploded on the scene with ‘Daddy Was a Stoner’, a somber track about humble beginnings. VILLA promises to take over 2017 with an onslaught of new music, including ‘I Had a Dream’ (I.H.A.D), which has been described as having gone a completely different direction from his last banger ‘Daddy Was a Stoner’.

Dopeface has been consistently giving us heaters on his soundcloud, collaborating with Tommy Long, Jimmy Yitty, and others. When he ended 2016 with ‘The Black Wolf’ with Jimmy and Justin Alexis, forming the de facto collective ‘To The Wolves’, our curiosity grew exponentially. We’re enamoured with the horror movie aesthetic of ‘The Black Wolf’ and waiting for what’s next from the collective.

JDSYN came out with his single ‘Loud’ in the last quarter of 2016. The alternative R&B singer-songwriter is coming out with an album called ‘Rebirth’. With only a few songs available to the public, we’re patiently waiting for this exciting new project.

Making his mark in 2016 with his project ‘Sade House’, the Brampton alternative hip hop artist has a lot of momentum entering 2017. The sound is so novel that we have no idea what to expect for a new project. We anticipate more collaborations with Devvy Dior and further experimentation with melodies and live instrumentation.

Comprised of Josh Dillon, Kyle Wildfern, Jordan Cassius, and DviousMindZ, Way Cool is a collective of individual artists, including rappers and producers. Way Cool had a lowkey, but extremely successful year with releases from every member. We know 2017 will be part of their takeover strategy. If you aren’t familiar with their music, check out ‘Recommended’, a banger, by Jordan Cassius:

After releasing ‘Until Now’, his extremely popular EP (with over 70,000 streams in 2016 on Spotify), EverythingOShauN released his music video for ‘Poet’ which acquired about 12,000 views in a month. He performed at ‘Holiday Hustle’ at the Drake Underground in Toronto as a tribute to Brampton. As he quickly gets more fans and media attention, he’ll be a popular name in 2017.

The former producer and collaborator for Brampton’s Tory Lanez made some noise in 2016 with the release of his controversial EP #DontBelieveTheLiesEP, which includes ‘Letter To My Son‘. His singles ‘Living the Dream’ and ‘Fall Back’ received attention recently and he’s beginning to do more media appearances. He’s bringing back a hip hop sound that hopes to capture old school Brampton. N-Rimes has a ton of music and interviews coming in 2017. Watch for that.

Following up his latest release ‘Pure’ featuring Brampton artists K. Forest, dF and TOBi, Jviden surprised listeners with a unique sound. This was only a taste of what’s to come as Jviden promises to keep pushing the envelope and innovating his sound. ‘Pure’ was inspired by the natural beauty of Caledon, so who knows what Jviden’s next source of inspiration will sound like.

Savv is a rapper and producer from the B’s. He caught our attention with a captivating track and music video ‘Comeback Blues‘. The subtlety and quirkiness of his project ‘blue.’ creates a ton of curiosity and interest in Savv’s personality – which at the moment remains shrouded in mystery. We’re also anticipating a ton of new music from his Upper Echelon crew.

Haviah killed it in her all women’s cypher for teambackpack. Ending the year off with her music video for ‘For Free’, she’s coming out with an album dedicated to Brampton called ‘Flower City’ on February 2nd. She also performed at the ‘Holiday Hustle’ event at the Drake underground. We anticipate that this will not only be a massive year for the emcee, but with the new album, it will be a huge year for the Flower City.