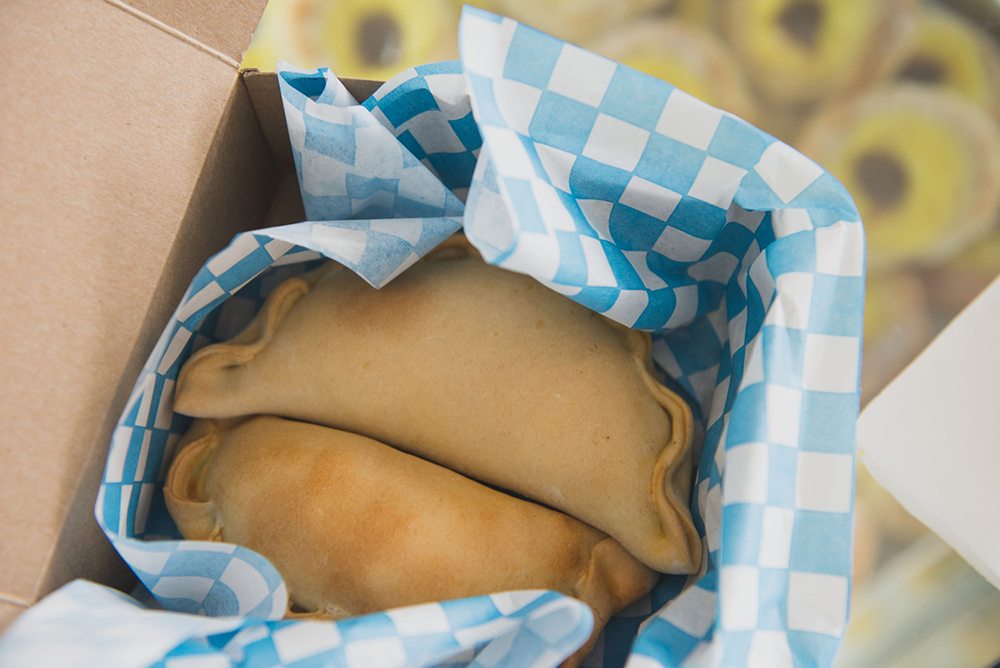 Brampton’s culinary scene is growing and getting more interesting by the month. Here’s our list of ten restaurants you need to try this spring — with specific recommendations.

The kitchen recently moved from its Queen and Clarence location to Queen and Bramalea for more space, more Caribbean-fusion flavours and far more seafood than most establishments in Brampton. You have to go for the rock lobster tail. Not only is it rare to find lobster tail the star of any dish in Brampton, the lobster is ever so delicate.

The restaurant is humble, the tea is refreshing, but its food is incredibly reliably filling and delicious. The big surprise outside of the traditional pho and Vietnamese dishes is the curried shrimp on vermicelli, which one of the chef’s specialties. We previously tried this dish with chicken, but the seafood elevated the meal to a new level.

The empanadas are unquestionably great. The caramel alfajores are even better. But last month, La Gran Uruguaya revealed Latin American cake on a stick. The cake is baked in a waffle iron and is enjoyed sweet with chocolate and fruits, or savoury with sausage and cheese. It’s a simple, yet delicious concept and regularly sells out.

One of our team members discovered the Amritsari fish from Brampton’s Indian Sweet Master at a party in Pickering, and now, it has become one of our replacements to bringing samosas to local gatherings. The fish is tender and flaky, light in flavour and has a thin crispy layer. The restaurant is a mix of South Indian and North Indian, but more predominantly Punjabi with its decor. They have a buffet, but the fish is the real standout.

At this family-run West African restaurant, the Ghanaian roast chicken is juicy and succulent. The plantain is some of the best we’ve tried in the city – caramelized beautifully on each side. The jollof rice is perfect for heat and spice lovers, and all of the flavours compliment each other so well. Elozer is the rebranded Fingertips Restaurant, and the new menu also include dragon balls (yams fritters), chicken and waffles, and drunken shrimp.

Sitting at Queen and Chinguacousy, this little Italian bakery has shelves filled with cookies, pastries, cake slices and beautifully decorated cakes. The sfogliatella is made with ricotta and a hint of orange rind – and every bite packs a nice crunch from the fresh pastry. The custard squares layered with cream and filo are simply divine as well. But hands down, the red velvet cake is the owners’ favourite and ours too.

Nova Grill is a sister bakery and restaurant to Golden Grains Bakery. Our last indulgence focused on absolutely scrumptious desserts (eclairs, carrot cake, tiramisu) and coffee, and their Portuguese custard tarts were phenomenal. Furthermore, the cod as well as shrimp croquettes — fresh out of the kitchen — were breaded and deep-fried bite of happiness. This location is normally packed at lunch time, with endless plates of chicken and fish moving through the casual dining room.

If pepper shrimp is your version of comfort food, Island Wok is the place you want to go. The coating is crispy and packs heat, and the shrimp itself is juicy. Their special house chicken and lo mein noodles also have us returning regularly. This Chinese-Guyanese restaurant is immensely popular and is more frequented for take-out despite its chic interior.

Royal Paan is a growing chain in Brampton, and the location by William Osler is known to be the best-rated in the city. Paan is a popular treat among South Asians and Southeast Asians, and it’s typically made with coconut, fennel seeds, dates, soaked rose petals, served on a soaked betel leaf. The restaurant serves a lot of South Asian street food; however, their falooda is outstanding. The traditional falooda is made with rose syrup, ice cream, vermicelli, basil seeds and sometimes topped with almonds and pistachios. Think of it as the South Asian version of a rose-flavoured milky bubble tea but with ice cream and other textures.

There is always an argument as to where to get the best channa bhatura in Brampton. Is it Ranjani’s, Kwality, King Tandoori, Standard, Friends or somewhere else? Throughout the ups and downs, Lally’s has been a staple for Sheridan students, gurdwara attendees and families around the South Fletcher’s area. It’s a basic cafeteria-looking Punjabi spot, but the channa masala (chickpea curry) is consistent and the bhatura, especially when it’s fresh, is the most comforting fried bread you can have on a rainy day. And it’s cheap at $3.99. Lally’s also has thalis and hot plates for take-out.