Joined by several federal, provincial, and local politicians, Bains noted these six projects are part of 23 projects in Ontario that are to be funded through the Public Transit Infrastructure Fund (PTIF).

The applicable funding was based on transit ridership. Brampton Transit had its highest all-time ridership last year. It was one of the only cities in the GTA with growing ridership.

“Public transit is essential for those who work, study, and play in Brampton, as evidenced by our increasing ridership numbers,” Mayor Linda Jeffrey said. 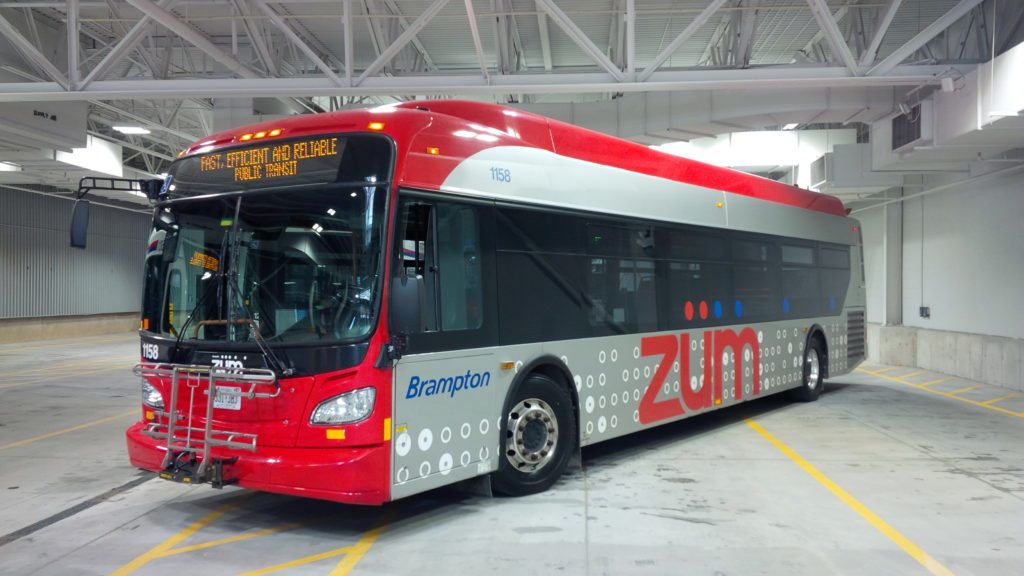 In all, Brampton will receive $32.4 million.

The city submitted the list of six projects back in October 2016, however funding was not guranteed. There was a chance the projects could be rejected.

Now that funding for the Airport Road Zum has been confirmed, Brampton Transit staff will be working to decide its endpoint. A consultation session is expected in the spring, with a decision to be made in the summer.