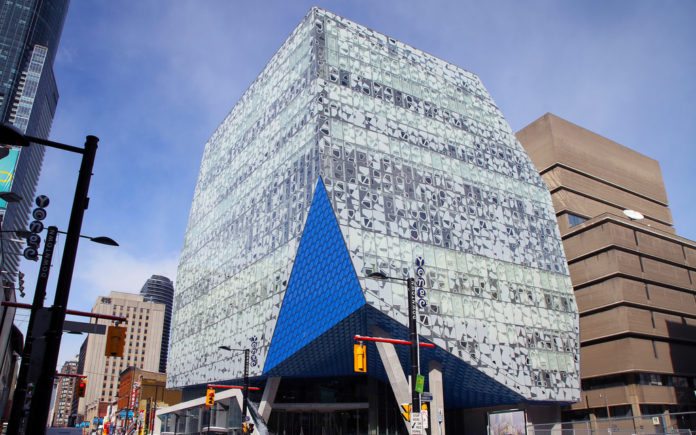 After the expressions of interest process, Ryerson emerged as the only applicant for Brampton’s future university. This means as long as they have a solid proposal it’s a done deal.

And we aren’t complaining. Currently, thousands of students commute to Ryerson from Brampton.

Brampton is the only top 10 city in Canada without a university, and with the city’s population expected to balloon by 40 per cent over the next 25 years, there’s no better time than now to build for the future with a university.

Here are five reasons why Ryerson will be the perfect fit for Brampton.

Science, Technology, Engineering, Arts and Mathematics (STEAM) is one of the major requirements set out by the province for the new Brampton and Milton universities, and Ryerson fits the bill. They already offer a number of degree and certificate programs that are STEAM-focused.

2. They know how to do incubators right

Ryerson’s Digital Media Zone (DMZ) has successfully incubated businesses by connecting students with key resources they need to get their startups off the ground. Brampton has a tonne of talented young people who often have to go to Toronto for resources, but an incubator along with the university will change this. Ryerson also has the added bonus of LAB B, with which the university has partnered in the past. LAB B already works with young people in the city to provide them with these kinds of resources, and the increased proximity can only make it better.

3. They have the ideal urban campus

Ryerson has a strong reputation for having one of the most urbanised universities, and this is exactly what the province is looking for. The days of sprawling campuses are gone. The Ministry of Education now wants universities that integrate well with the communities they are in and share resources like libraries and rec centres. Some suggest the university go in or around downtown Brampton. If that happens, we think this will be perfect for Ryerson.

4. They know how to do city building

Take a look at how drastically Ryerson has shaped its corner of Toronto. They build versatile buildings. They transform streetscapes. The university designs buildings which encourage connectivity and interaction. No matter the location, it will be interesting to see what Ryerson builds in Brampton and how it shapes the city.

Brampton is the mid-point on Canada’s Innovation Corridor, the super tech corridor from Waterloo to Toronto, similar to California’s Silicon Valley, and Tel Aviv-to-Haifa in Israel. But Brampton hasn’t yet monopolized on its position. Ryerson’s tech programs have done well and their DMZ successfully incubated some of the area’s most successful tech startups. If it can bring that great mojo to Brampton, the city has a huge opportunity to carve out a role for itself in the action across the corridor.

What do you think? Will Ryerson be a good fit for Brampton? Let us know in the comments below.