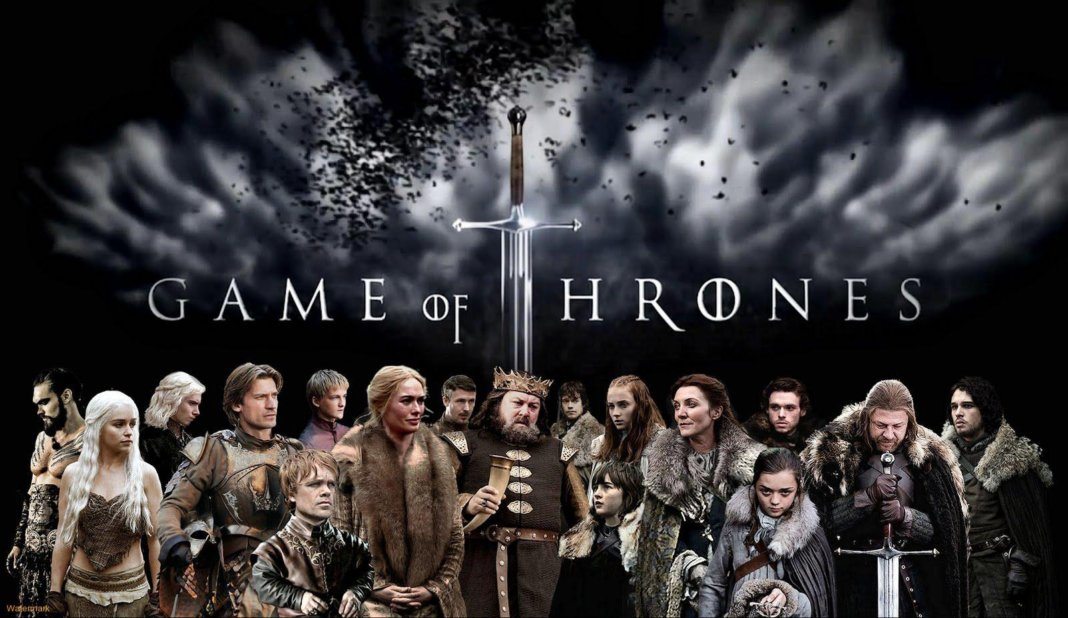 Brampton is no longer the sleepy suburb whose image once defined its identity. As the population of Brampton has exploded, so too has the level of engagement its citizens possess. The sudden spotlight seems to have caught the recent municipal political scene by surprise, as evident in the many scandals and contentious issues the city has grappled with in recent years. The politically-engaged segment of Brampton has a youthful interest in pop culture, and found interesting comparisons between the politics of the fiction they ingest—like Game of Thrones—and the political reality in which they live, work, and play. So let’s check out these lessons Brampton politicians can learn from George R.R. Martin’s Game of Thrones.

1. Be Careful How You Spend Taxpayer Money

One memorable scene from early in the saga of Game of Thrones is one in which Viserys Targaryen, who believes himself the rightful ruler of House Targaryen and thus the rightful King of the Seven Kingdoms, disrespectfully demands from his hosts the crown to which he believes he is entitled. He cannot understand Khal Drogo’s instructions to his sister Daenerys (spoken in Dothraki), and thus blithely believes her when she tells him Khal agreed to his demands. He has no idea he’s about receive a fatal shower of scorching, molten gold.

It’s fair to assume Targaryen constituents (if the Targaryens were not in exile) would not have begrudged Viserys for dipping into the treasury for Dothraki language lessons—they quite literally would have saved his life in the tribal society of Essos. However, it seems unlikely that former mayor of Brampton Susan Fennell was in any danger of having her life menaced in Mandarin by hostile abductors, so billing $1,326.00 to Brampton taxpayers for Mandarin lessons seems ill-advised considering a) the stability of modern civilization, b) the fact English is the international language of business, and c) a majority of Brampton’s residents have a South Asian background.

A quick read through of Game of Thrones (or, more realistically, a binge watch of the television series) would also have made the former mayor appreciate the relative comfort of modern plane seats on long journeys, especially compared with horseback, a contrast which may have given her second thoughts before upgrading a seat for $3,191.00 and charging it to taxpayers.

2. Complacency Can Be as Costly as the Cleanup After a Game of Thrones Wedding

In the lore of Westeros, King Robert Baratheon was strong, handsome, fearless, wise, and highly respected in his youth. After too long on the Iron Throne though, he became the bloated shell of his former self to whom readers were introduced when the first volume of the series came out in the 1990’s. In this appearance, like England’s King Henry VIII in his later years, King Robert is severely overweight from years of inactivity, overeating, and over-drinking. He has also mismanaged the treasury, disengaged from political realities, and wasted much of his focus on bedding women. Essentially, he became complacent and “drowned” in the perks of office.

A Globe and Mail article published on August 14th, 2014 titled “Brampton’s spending scandal: How accountability fell by the wayside” examined complacency in Brampton politics. It mentioned how little the eleven-person council changed in the preceding two decades, despite how drastically the city changed during that time. It mentioned that the then-current crop of council members had collectively served two hundred and thirty-eight years on the council. If one considers the recent scandals of expense spending, it becomes apparent that too long a tenure left unchecked breeds irresponsible behavior and a deterioration of professional ethics. King Robert Baratheon’s aloofness, weakness, and vulnerability at the end of his rule serves as a dire warning to current politicians about the dangers of complacency.

In Game of Thrones, the success of House Lannister appears tied to their tendency for decisive action. Their massacre of Robb and Catelyn Stark and their forces during the infamous “Red Wedding” scene drips with bold decision making in the upper echelons of their power structure. This contrasts starkly (I offer no apology for that pun) with the decision-making abilities of Brampton’s present city council, who not only delayed dealing with the issue of Susan Fennell’s misspending in autumn 2014, but recently also “decided” on a deferral instead of making a decision about a Hurontario LRT line slated to link Brampton with neighbouring municipalities. Indecision however, is no cover and no means by which one might escape responsibility. To quote Neil Peart of Rush—another purveyor of fantastic imagined lands—in “Limelight”, “if you choose not to decide/you still have made a choice.”

If one requires a more visceral example, consider how much less drama and impact the Red Wedding would have had on both viewers and the geopolitics of Westeros if instead of the sneak attack, a representative from House Lannister politely tapped a butter knife against his wine goblet between tearful speeches, stood up, addressed the Stark forces, and eloquently informed them the decision to slaughter them by surprise had been deferred to a later date.

4. A Lack of Infrastructure Leads to a Severe Lack of Communication

It’s been noted that much of the plot in Martin’s novels consists of characters walking, wandering, just missing each other, just missing important letters/messages, and wondering about the fate of characters who they have not seen in a long time. Indeed, medieval-style communication and travel was more than a little spotty in its reliability and efficiency.

Brampton politicians should consider how the capabilities of modern infrastructure would alter the continents of Westeros and Essos. Imagine if trade and communication between them could be improved, imagine if Eddard Stark could have taken a train home to Winterfell on the weekends after moving to King’s Landing, imagine if Jon Snow wouldn’t have had to wonder about the fate of Stannis and his army when he received taunting news of their destruction from House Bolton. Considering the difficulties of medieval infrastructure might make Brampton politicians reconsider the value of something like an LRT and realize the absurdity of resisting user-friendly and unifying public transit—especially when one considers the economic situation of many young adults entering the workforce.

Another scene from Game of Thrones shows King Joffrey pelted with fecal matter in public by an angry populace. When he displays outrage, fan-favourite Tyrion Lannister explains to Joffrey that the subjects are angry because of hardships they have endured since the war initiated by Joffrey’s order to execute Eddard Stark. More recently, viewers of the HBO television series saw the scene in which Jon Snow is stabbed by his own men over displeasure with his decision-making. Let this be clear: the above statements in no way advocate violence (or the use of feces) against elected officials; the point, rather, is no one would ever accuse the citizens of Westeros or the soldiers of The Night’s Watch of being disengaged from politics.

This example contrasts with low voter turnout and political fatigue plaguing Canadian politics in general and Brampton politics specifically. Brampton politicians should beware the spirit, if not the execution (okay, I’ll apologize for that pun), of Game of Thrones-style activism, because engaged youth are not afraid become passionate about and speak up for causes they believe in. Politicians should take note of how even the most loyal or complacent citizens can become a force for positive change. Many viewers of Game of Thrones forgave unspeakable violence on the show, but turned away from the series after a season five scene in which Sansa Stark was brutally raped.

Political disengagement does not mean tensions and pressures do not build up—political disengagement only heightens the force with which those tensions boil over when they inevitably do just that. A more engaged populace and a more responsible, decisive, current, and communicative style of municipal governing would do much to temper the volatility of progress during Brampton’s continued growth and development.