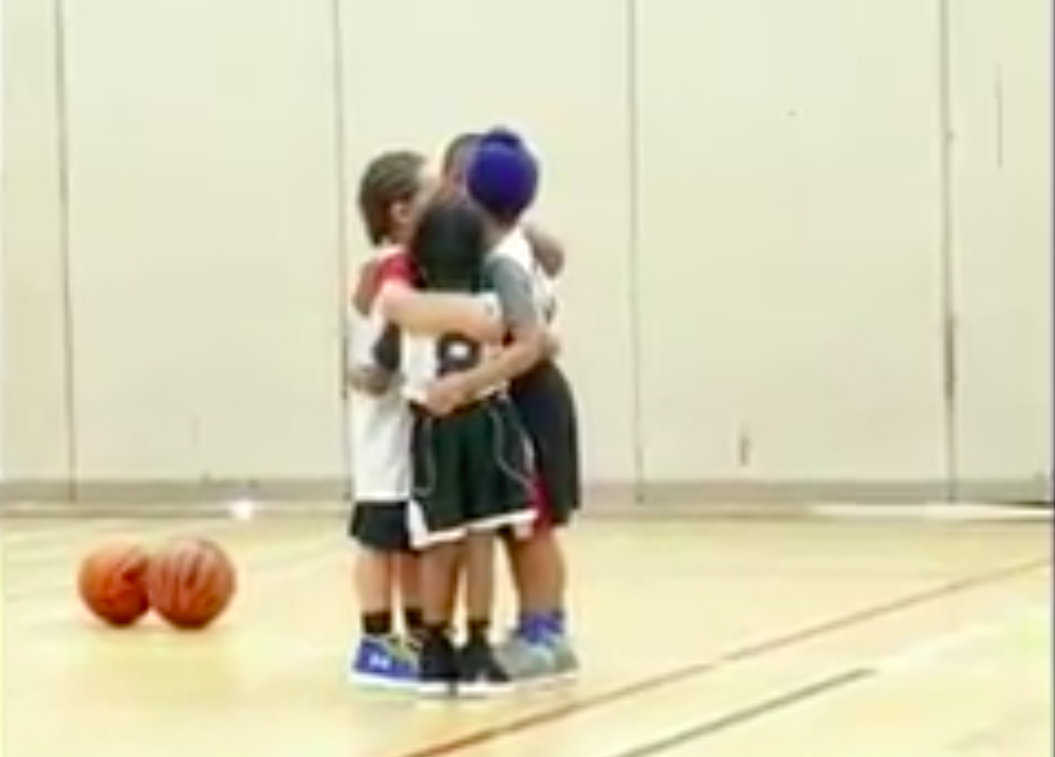 A group of 5-year-old basketball players are going viral after a group huddle turned into a group cuddle.

Brampton City Councillor Gurpreet Dhillon says he was at his youngest son’s basketball practice when the moment happened.

“We looked over and we saw my son organize them into a group where they all started hugging!” he explained to HuffPost. “We then quickly got out the camera and recorded it.”

The clip quickly started making its way across the internet, first with a retweet from ESPN, then with features on other online platforms.

Dhillon told HuffPost that his son is very affectionate so it isn’t a surprise that he corraled the group in for a hug.

“These kids were from all different backgrounds, and it was their first practice together. So for them to show co-operation, and get along and organize themselves in a loving way, serves a small reminder that hey, maybe we can learn something from kids!”