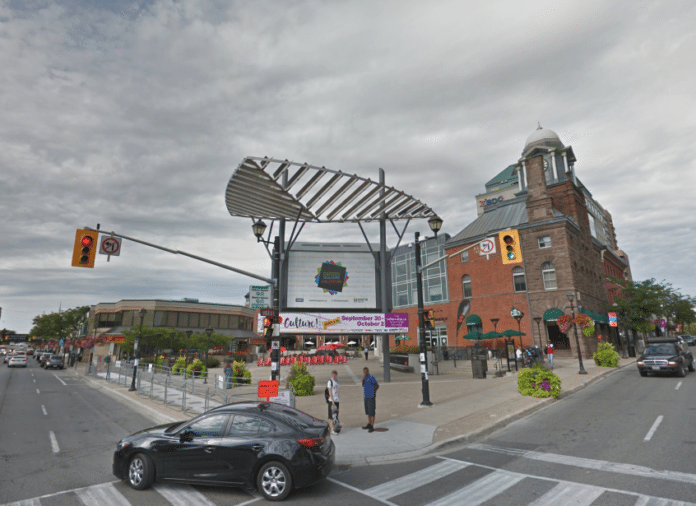 With 30 restaurants within walking distance of each other, plenty of activities in the summer and some great green space, downtown Brampton has a lot to offer. Yet there are plenty of Bramptonians who haven’t yet realized its existence. So what will it take to get downtown to the next level and attract more people? Here are a few things we think would make it a more awesome place to be.

Summer days and outdoor patios go together like peanut butter and jelly, especially with the giant screen in Garden Square. It would be lovely if there were more patio space for guests! Big sports games bring in about 3 times the amount of regular traffic and unfortunately, there’s not always enough room to accommodate visitors. CIBC at Four Corners occupies what’s probably the most prime patio space in all of Brampton. Maybe they’d consider moving upstairs to make way for a new restaurant with a giant wrap around patio! One can dream, right?

Instagram-worthy desserts have been taking over the scene lately. From perfectly-crafted waffles to stuffed crepes, it’s always a delicious way to end a fun-filled day. There is yummy ice cream and gelato nearby courtesy of the Ice Cream Cafe, but there’s nowhere close by where you can sit down and create your own masterpiece yet.

Need we say more? Food trucks are awesome and hold so many possibilities! Hot dogs, burgers, tacos, and so much more can all be right at the fingertips of hungry people, whether it’s every day or for special events. Now we don’t want to detract from existing downtown businesses, so it would have to be a nice mix of new food trucks and ones from established businesses in the area too.

Did anyone happen to see the merry-go-round that was in Garden Square for a little while? It was super cute! A street full of games and junk food is a classic way to spend a summer night. The weekend markets are great, but more street festivals would be great. The city is currently considering turning parts of the downtown into pedestrian-only zones, which would make this way easier.

Independent cafes are scarce in downtown Brampton, outside of T By Daniel there aren’t too many cozy places offering unique drinks and snacks to hang out, get work done or host a good open mic night. It would be great to have some independently owned places to grab a good cappuccino, latte or espresso. Maybe we can convince the guys at Butter & Cup to open a second location downtown?

There are plenty of trails and pathways that lead downtown — including the Etobicoke Creek Trail — but downtown itself isn’t ideal for bike riding. There aren’t any bike lanes, and with the outermost lane reserved for parking, there’s nowhere for cyclists. The sidewalks are narrow, so that’s definitely not an option either. Bike lanes would easily solve this. Downtown could also do with more bike racks located in central areas.

It sounds like the city could be working on remedying the lack of public art with their Canada 150 Muskoka Chair Challenge, and we hope so because there isn’t nearly enough of it in the city, let alone downtown. There’s lots of potential with the area laneways, and the open spaces like Garden Square, Daily Times Square in front of the new city hall atrium and Ken Whillans Square on the south side of the building. Whether its artist murals, curated graffiti or some functional pieces that double as seating, the possibilities seem endless.

Think we missed anything? Let us know below in the comments!