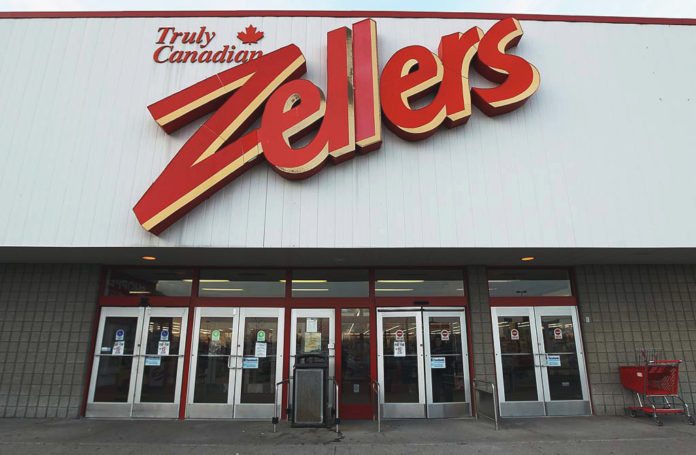 There are some pretty awesome things that Brampton has had over the decades that should never have left. They say all good things must come to an end, we say those things end so they can inevitably make an epic comeback. Fashion comes back, music genres go in and out, so why not some of the great things Brampton has had over the years? Here are a few things we think should make a comeback.

1. The slide at Shoppers World

Everyone who grew up in the 70s and 80s often lament on the slide that used to be at Shoppers World. Kids would have all day ride passes and when they were tuckered out they’d grab a bite at Scott’s Chicken Villa. The slide closed in 1986, likely due to the opening of Wild Water Kingdom. But despite its close proximity to WWK — what’s been renamed Wet ‘N Wild — we think having another water slide there would be a hit. Sometimes you just don’t want to make the trek to a bigger water park or deal with the big crowds. For this reason, a new water slide could actually be pretty awesome.

Remember Champs Arcade on Queen and Wizards Castle at Bramalea City centre? Maybe you spent your after school hours at Future Worlds battling it over Street Fighter or Dance Dance Revolution. Whatever arcades you frequented, you know it was the hot spot back then and that kids these days are seriously missing out. Bring back the arcades!

This one is slightly outlandish, seeing as nobody rents videos at the store anymore, but the child inside can’t deny how amazing the free popcorn was. Netflix doesn’t give you free popcorn! Maybe they can forego the video rentals and just give out free popcorn as a public service to us 80s and 90s kids. One can dream, right?

Once upon a time Brampton Transit had double-decker buses, and we think these need to come back ASAP! They’re not only fun, but they offer a pretty unique view of cities that regular buses and cars at street-level just can’t. The super long articulated Zum buses are great and all, but double-decker buses would be a great way to move more people too.

5. Everything For a Dollar Store (EFADS)

Remember when everything at the dollar store really was actually a dollar, and you could get two full-sized chocolate bars for a loonie? We want those days back! None of this business where “Dollar Store” entails spending $5 for one item.

Brampton used to have Olive Garden back in the 90s and we don’t know why it left and never came back. It isn’t even that great, but it still makes you feel like you’re missing out on something you can usually only get in the States. Therefore we say, bring Olive Garden back in all of its barely Italian food glory!

Dial-A-Bus was basically Brampton’s Uber of the 1980s. You’d pick up the phone and order the local bus to your door. How awesome would it be if Brampton Transit buses picked you up at your door? It’s completely impractical these days with the population size — we’d never get anywhere on time. But on those snowy, subzero days, wouldn’t it be nice if the bus just showed up at your house to get you?

Brampton has had a plethora of discount stores, we’ve had K-Mart, Bi-Way, Zellers and Target come and go over the past few decades. With Wal-Mart and Giant Tiger being the only major discount chain remaining, the selection is pretty dismal. We’re all secretly hoping inside that Zellers at the very least makes a resurgence one of these days, and its diner too.

What do you think needs to make a comeback? Let us know in the comments.