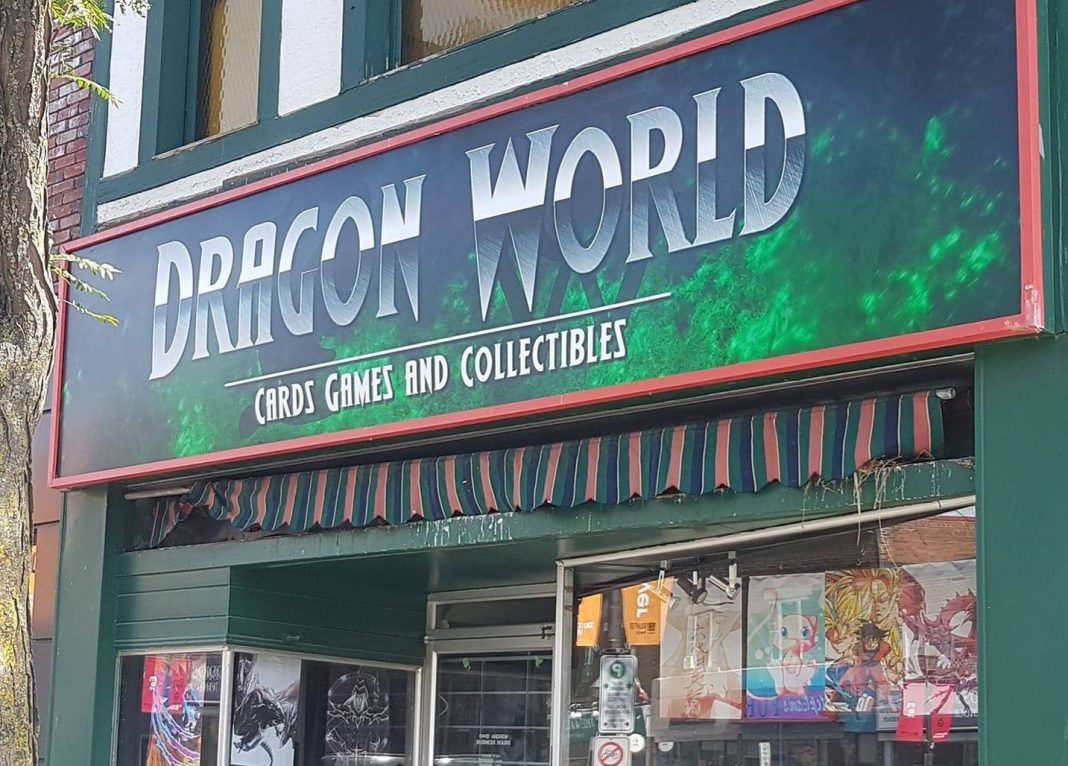 Get your geek on and bring out that inner nerd because a brand new comic and collectible store opened last month in downtown Brampton. It’s called Dragon World: Cards, Games and Collectibles and it’s right on Garden Square.

Rising like a phoenix from the ashes of its predecessor, Hobby Studio, Dragon World owners had a huge grand opening weekend in September, with a cosplay competition for amateurs and children and guaranteed door prizes for kids.

Some of the games are Dungeons & Dragons and other role-playing games, Magic: The Gathering, Yugioh, Pokemon and Dragon Ball Super, Digimon, World of Warcraft, Marvel and DC.

There are regular game nights for Dungeons & Dragons, Magic: The Gathering and Warhammer. Dragon World is also in partnership with WildCard Board Game Café across the street that hosts game nights.

You can also find collectibles from popular movies and TV shows like Star Wars, Star Trek, Supernatural, The Walking Dead, Lost, Game of Thrones, 24 and the 4400. The store can also special order your favourite comic book series.

The store is rated E for Everyone and even has a Pokemon School for children aged five and up on Saturday mornings from 10 a.m. till noon.

Check out the store’s Facebook page for a regular schedule of events, game nights, tournaments, cosplay competitions and special events such as for Halloween.

Dragon World is at 30 Main Street North, right next to the Rose Theatre.