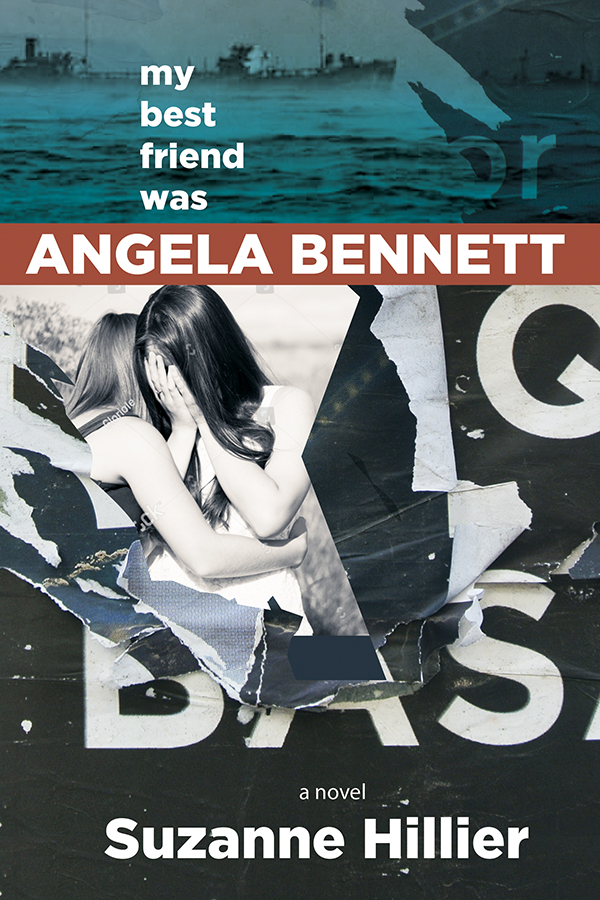 Brampton’s iconic Suzanne Hillier, known as The Barracuda, launches her new novel today – My Best Friend Was Angela Bennett.  The novel is a story of love, friendship and survival set in Newfoundland during World War II. It has been praised as “a harrowing journey,” “engaging,” and “unforgettable.”

Suzanne Hillier was a well-known divorce lawyer in Brampton.  Since her retirement, Hillier has turned her passion from the courtroom to the writing room.  At 89 years young, her second novel has been published by Inanna, and can be purchased at many popular online book stores.

The Bramptonist had the opportunity to connect with Suzanne Hillier.

Bramptonist – Why were you known as the “The Barracuda” in Brampton?

Hillier – At the beginning, I may have been one of the first women practicing law in Brampton, and almost certainly one of the first practicing family law. As a Newfoundlander and a former resident of Toronto, I was hardly from “Old Brampton” and certainly not a candidate for “The Old Boys Club,” or someone who had a history of socializing with my legal male colleagues or members of the judiciary. I was hardly welcomed with open arms, some of the more established law firms even refusing to take my affidavit! I fought back and was very aggressive on behalf of my clients when I appeared in court on their behalf. I became notorious and was known as “the barracuda” as a result of my vigorous representation. I became very popular with clients if not with other lawyers!

Bramptonist – What was your most memorable experience, while living and working, in the Brampton region?

Hillier – There are many memories of various trials, the most memorable being those that involved child custody, which frankly worried me to death. The most memorable experience happened after I wrote a book on divorce called “Divorce: A Guided Tour.” Many of my old clients turned up at Chapters in Brampton and we had some very sentimental reunions. I was so touched by this display of loyalty and friendship but joked that they just wanted to see if they were in the book — and many were! However, they also turned up for my first novel which bashed Canada’s favourite sport — hockey, not the best topic for a first novel!  There were a lot of hugs and I realized the genuine affection and closeness that sometimes develops between a client and a lawyer who really supports her or him during one of life’s worst crisis. Their loyalty really moved me!

Bramptonist – At 89 years young, how did you find a publisher (in this case, Inanna) willing to support your novel?

Hillier – Ageism reigns supreme in (Canadian Literature) and getting an agent if you’re over forty is much harder than writing a novel! And many publishers won’t look at your work unless you have an agent. After dealing with my first publisher without an agent, I finally acquired one almost as old as I was for “Angela.” He was retiring and I warned him about “the age thing.” He laughed it off but finally phoned me and said “I’m going to stop mentioning your age!” I totally agreed and skimmed 20 years off my Facebook card which then showed me going to high school at age two! The publisher loved the novel and my age was not discussed. Inanna’s a feminist publisher and they obviously thought the themes of Angela went along with their publishing premise, which was to support equality and problems facing women.

Hillier – “Angela Bennett” is essentially a WW11 love story, but it’s much more than that. I was a young girl in Newfoundland during the war and saw the devastating consequences of the wiping out of a generation of young men — not only on those lost but on those left behind. This was pre-confederation and Newfoundlanders felt strong ties to Britain and their youth all fought for the King. There were few women in the professions and no divorce. When Angela Bennett, trusting, naive, and bereft from the loss of her sailor lover, marries the boy next door — who turns out to be a sexual sadist, her efforts to leave are frustrated at every turn. The limitations imposed on women were dire, and her friend Dorothy suffered professional prejudice in her quest to become the island’s first “lady lawyer.” There are many incidents inspired by actual events: a close friend brought letters from her dead lover on her honeymoon, women struggled to rid themselves from abusive spouses, often in front of unsympathetic and invariably male judges.

Bramptonist – What advice do you have to other aspiring authors, both young and old, on writing and publishing a novel during a pandemic?

Hillier – Publishing a novel during a pandemic is daunting. Readers are quite naturally preoccupied with the restrictions lock downs and closed schools bring, and are focused on a life of frustrating personal restrictions and isolation — and sometimes even worse. But remember, reading an interesting novel is the greatest escape there is. I’m not happy promoting and launching my novel online. I really love having a personal relationship with my readers and I’ll miss it. Pass us the Pfizer Mr. Trudeau!

Bramptonist – Finally, having broken the glass ceiling several times, what advice do you have for young women entering the workplace?

Hillier – This is a unique time for young women. So many obstacles have been overcome that I occasionally hear young men complain they are being discriminated against! One of my granddaughters, an engineer with an MBA, is running her own consulting company, and another intends to become a hedge fund manager!  There are no longer limitations or “women’s jobs.” It’s a great time to be a woman, and I’d advise young women to aim very high, even if sacrifices are involved. Sexual harassment appears to be in remission — which would have been a real treat 30 years ago! I feel very optimistic for the future of young women, as does my publisher Inanna. 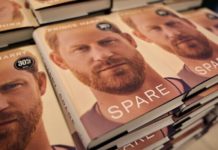 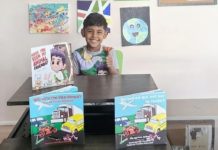 Boy From #Brampton Publishes Three Books At Age Of 8