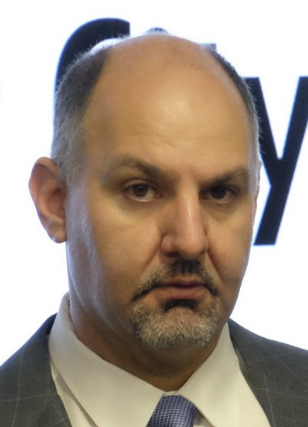 Vatcher’s posting received a strong rebuttal from Pittari, “Cody I strongly suggest to take this post down. I never, ever recommended council take a position one way or the other. I presented all the facts pro and con. As a public servant, my job is to provide information for elected officials to make decisions. As for my current job, I strongly urge you to read our website. We are a regulator that is governed by legislation. Do the right thing and take this down“.

“I never, ever recommended council take a position one way or the other”

– Joe Pittari, Former Commissioner of Corporate Services for the City of Brampton

It is true that staff prepare reports containing timely and accurate information for Councillors to make informed decisions. It is also true that within the report, staff provide recommendations for Council to consider, deliberate, and make a decision.

Joe Pittari wrote a report to Council on December 5, 2018 related to the cannabis issue. He signed the staff report containing the following recommendation, “That the Province of Ontario be notified that the City of Brampton elects to ‘opt in’ for the purpose of allowing the sale of recreational cannabis by private retail stores authorized and regulated by the Province and to ensure Brampton receives its fair share of funding to offset costs“.

In addition, during his presentation to Council, Pittari referenced that he “worked closely” with Lowell Rubin-Vaughn, Brampton’s former Manager of Government Relations and Public Policy, related to the public feedback process. Pittari presented, “Given findings from the public feedback, provincial funding formula, increased enforcement and the fact that legal recreational cannabis is readily available for purchase online, staff recommends Council to “opt in” to allow private cannabis retail stores to operate in Brampton in order to maximize funding allocation to help offset costs and reduce potential tax impacts on Brampton citizens“.

In conclusion, staff did recommend Council “opt in” to allow cannabis stores in Brampton.

Two years later, Joe Pittari was selected as the Chief Administrative Officer for the Alcohol and Gaming Commission of Ontario (AGCO). As part of its mandate, the AGCO is responsible for regulating the alcohol, gaming and horse racing sectors and cannabis retail. Interestingly, following in his footsteps, former Brampton’s Manager of Government Relations and Public Policy, Lowell Rubin-Vaughn, has joined the provincial crown corporation, Ontario Cannabis Store.