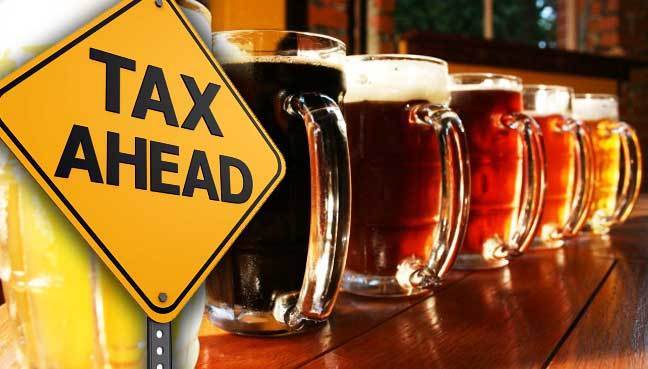 January 2, 2023 – Inflation, interest rates, and carbon tax hikes are already causing financial strain for Canadians, and the Trudeau government’s decision to increase alcohol taxes by 6.3% in 2023 is adding insult to injury.

The tax increase will disproportionately affect the price of beer, wine, and spirits, with taxes already accounting for a significant portion of the cost of these products.

Taxes on alcohol are so high in Canada that purchasing a case of beer on New Year’s Eve in Prince Edward Island could cost more in taxes than the retail price of a case of beer in 25 American states.

The high taxes on alcohol in Canada are made even more frustrating by the fact that Americans are enjoying tax cuts. From 2017 to 2019, federal beer taxes in Canada increased by $34 million for large brewers, while decreasing by $31 million in the United States.

The Trudeau government has been implementing annual tax hikes on alcohol through an automatic escalator system since 2017, leading to a total increase of 18.4% in taxes on alcohol in less than a decade.

Many argue that this system is fundamentally undemocratic, as it allows the government to covertly increase taxes without a vote from Parliament.

If politicians believe that Canadians should pay more in taxes, they should have the transparency and accountability to vote on these tax hikes. It is time for Canadians to speak out and tell the government to stop using the undemocratic alcohol escalator tax to take more money from citizens.

The impact of these high taxes on alcohol is significant for Canadians. For example, if you were to purchase two bottles of wine, a 24-pack of beer, and a 26-ounce bottle of whisky, you could expect to pay around $125 for these items. Of that total, more than $76 would be taxes. This means that taxes make up a significant portion of the overall cost of alcohol for Canadians.

In conclusion, the Trudeau government’s decision to increase alcohol taxes by 6.3% in 2023, on top of already high taxes and other financial burdens, is causing frustration and outrage among Canadians.

The use of an automatic escalator system to covertly increase taxes without a vote from Parliament is also causing concern about the transparency and accountability of the government.