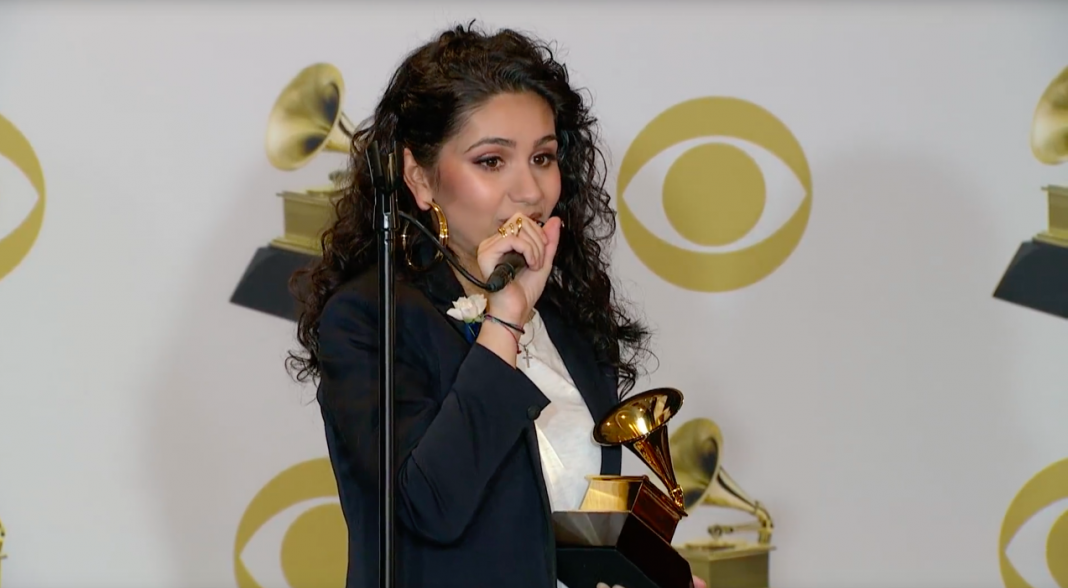 January 28, 2018 was a big day for Alessia Cara. Not only did she take the stage to perform at the Grammys — the music industry’s most prestigious event — but she also won her first Grammy.

Alessia Cara is one of a handful of Brampton-based artists who’s ever won the music industry’s biggest award. In her heartfelt acceptance speech, Cara said she’d been “pretend winning” Grammys her whole life but never expected it to happen. But it ended up being a moment that was quickly overshadowed by unexpected backlash.

Cara, 21, was the only woman to win in a major category at this year’s Grammys, but her win very quickly put her in the crosshairs of online trolls who didn’t think the singer deserved her win.

For one, Cara isn’t exactly ‘new’ to the music industry, her hit single “Here” was released back in 2015 on her debut EP ‘Four Pink Walls’. Her success has been a buildup from there.

Cara went up against Khalid, Lil Uzi Vert, Julia Michaels and SZA, but her win was quickly overshadowed by online commenters who felt some of the other artists were more deserving.

Almost immediately after the win Cara started receiving negative comments about her music and even death threats. In response to the relentless barrage of negative commentary from people Cara released a statement on Instagram back in January directly addressing the haters, “I will not let everything I’ve worked for be diminished by people taking offense to my accomplishments and feeling the need to tell me how much I suck,” she said.

In a recent interview with CBC she opened up about the experience saying that the backlash made her feel guilty. “That whole innocent dream of mine was a little bit tainted. I’ve always dreamt of winning that. It felt unfortunate that I was made to feel guilty for [winning],” she says.

Cara also says she feels the backlash has to do with being a female artist. “It felt like a lot of people will tell you as a young woman that you don’t deserve your success or try to make you feel guilty for your success.” She says it’s something male artists often don’t have to contend with.

“I was being made to feel like I took something from somebody. That’s never the case with other artists, especially with established male artists.”

Cara says she hopes that by standing up for herself other young women who are made to feel guilty about their success and achievements will feel empowered to stand up for themselves too.

Alessia Cara says her dream of winning a Grammy was tainted by the backlash she faced online, but says young women should never feel guilty for their success. pic.twitter.com/i8k3CNoGLV