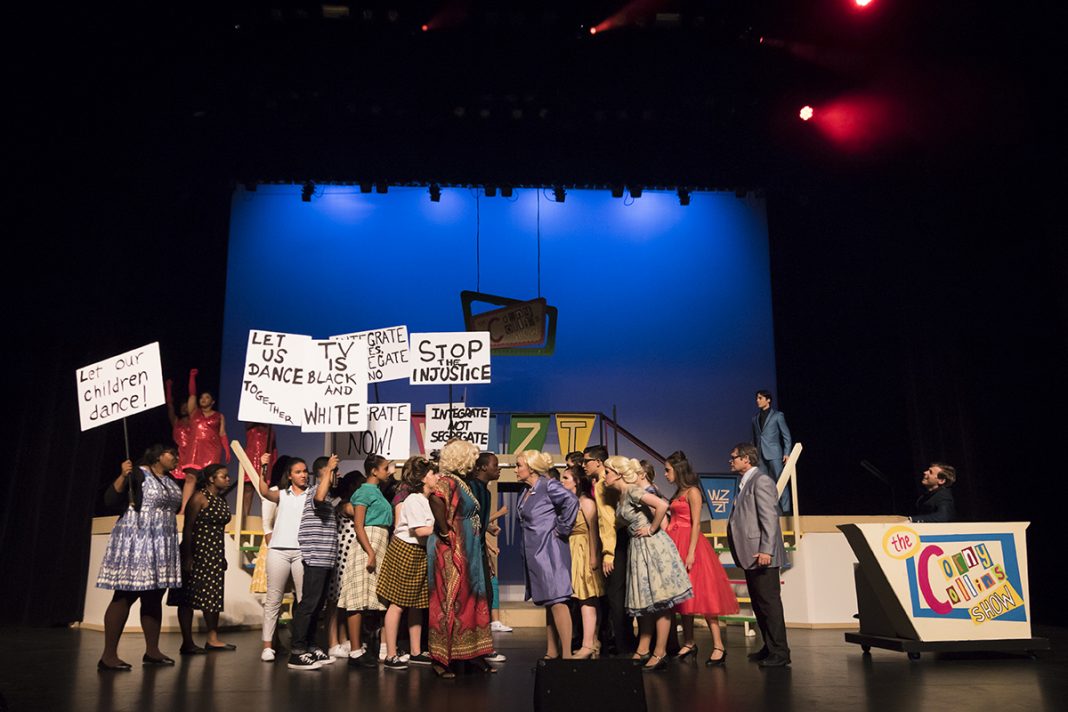 Don’t stop the beat! After months of rehearsal, Brampton Music Theatre’s production of Hairspray finally opened this past weekend.

The show has been months in the making, with over 160 artists from diverse backgrounds coming out to audition.

It’s Baltimore in 1962. Tracy Turnblad played by Jessica Dominicis, a big girl with big hair and even bigger dreams, is on a mission to dance her way onto national television.

Through her audition, Tracy becomes a local star and. Her black friend Seaweed (Kevin Thomas) teaches her some moves and soon she finds herself using her newfound fame to fight against discrimination and racism.

Along the way, Tracy dethrones the Queen Bee and even steals the heart of the leading guy.

Hairspray is based on the 1988 John Waters film of the same name which starred Divine and Ricki Lake. The show eventually opened on Broadway in 2002 to rave reviews, and went on to win eight Tony Awards.

Following up on the musical’s success on stage, a new adaptation of the film was released in 2007 starring John Travolta, Michelle Pfeiffer, and James Marsden.

Hairspray is on at the Rose Theatre until November 18, limited tickets are still available. For more information click here.