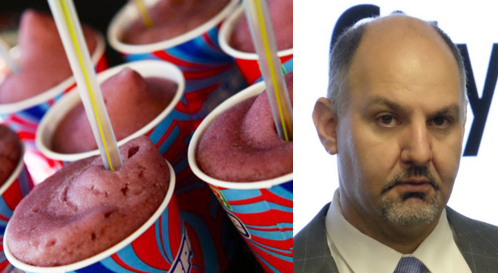 As reported by the Bramptonist, 7-Eleven has applied to the province to sell liquor at 61 stores in Ontario.  Two of the store locations are in Brampton: 150 Main St N and 140 Father Tobin Rd.

The deadline to comment on 7-Eleven’s application to sell liquor has now passed.  Until March 11, 2021, the public had the opportunity to submit their comments to the Alcohol Gaming Commission of Ontario (AGCO), the provincial agency responsible for administering the liquor licence application.

Now, AGCO needs to decide on the matter.  But can they?

In a 2020 scathing report, the Auditor General of Ontario completed a Value for Money Audit on the AGCO. Among many audit observations, it concluded “the AGCO’s operations and financial reporting lack public accountability and transparency.”  The Auditor General also cited significant concerns with AGCO’s compliance and inspections.

Over two years, the AGCO received around 4,800 complaints across their responsibility areas (alcohol, horse racing, casinos, and cannabis).  In the alcohol sector, the most frequent complaints related to intoxication/overserving, serving to minors, operating outside prescribed hours, and not providing appropriate alcohol sales and service training to servers. According to the Auditor General, “In 35% of the complaints in the alcohol sector where contact information was available, the AGCO did not respond to the complainant”.

In their rebuttal, the AGCO expressed their “regret” that the Auditor General did not set her report’s 26 recommendations within the context of AGCO’s achievements.

Pittari was recently caught up in a social media argument with a local political activist.  He stated he “never, ever” made recommendations to Brampton Council to “opt in” cannabis stores operating in the City.  However, at a Brampton Council, Pittari delivered a  presentation where he states, “staff recommends Council to ‘opt in’ to allow private cannabis retail stores to operate in Brampton.”  In addition to liquor, the AGCO is also responsible for cannabis retail stores.

With the public comment period over, the AGCO sends all objections to the applicant (7-Eleven) with an encouragement “to work out a satisfactory solution for all concerned.”

Suppose the applicant is unable to resolve the concerns independently. In that case, the AGCO could schedule a public meeting conference call with the applicant and the Deputy Registrar of the AGCO. The purpose of the public conference call is to see if there is a possible agreement to resolve the issues. If 7-Eleven and the AGCO cannot resolve the identified problems, a public hearing before a Licence Appeal Tribunal (LAT) member occurs. LAT is an agency of the Government of Ontario which adjudicates compensation claims and licensing activities regulated by various Ministries.