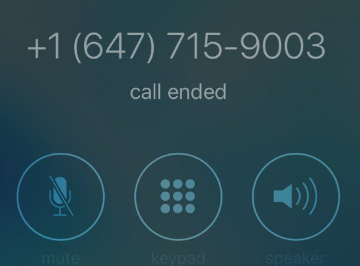 Peel Regional Police is warning the public of yet another phone scam targeting citizens in the Peel area.

People have reported calls from the number (647)-715-9003 posing as the Ontario Police Association.

The scammers allegedly call under the guise of collecting money for children’s charities. Peel Police has warned the public that this is indeed a scam and that no money should be turned over to them.

This phone number is a scam saying they are Ontario Police Association helping children's charities. They are NOT pic.twitter.com/Bfbm9Cb45f

Others have reported similar calls from different numbers but it’s not yet clear how extensive this scam is or how many people may be involved.

Have you received a call from this number or others? Let us know in the comments below.