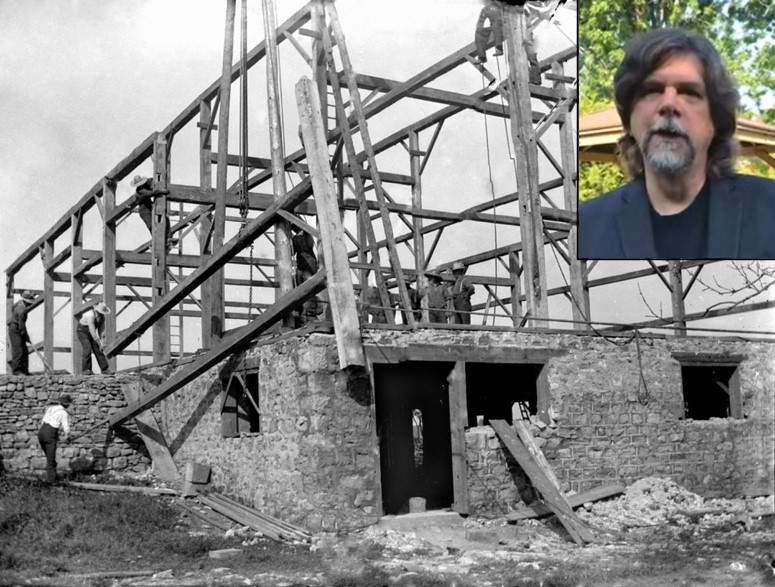 .
For Brampton Councillor Jeff Bowman and his barn supporters on Council, more information was a bad thing, when debating the issue of spending over $1.16 million of taxpayer funds, on the 650 sq. ft. barn from Caledon.

And there certainly are questions around this odd use of scarce taxpayer funds in a pandemic-weary climate.

With a surprise motion introduced by Bowman, a split City Council voted 6-5 of spending an additional $1 million of local taxpayers money, that will pony up to $1.0 million for a barn that Michael Avis, Chair of the proponent organization Friends of Bovaird House (FBH) describes as a “display place” for antique farm equipment.

Both Avis and Bowman touted the line that the Friends of Bovaird House has not cost the City anything. However staff indicated that significant funds have been spent at the heritage site, an inconvenient truth Bowman would rather not hear.

Preliminary data provided by staff indicate that at least $1.3 million has been spent on the Bovaird House site since 2012. The details of how that money was spent, what precipitated those investments, and how the Friends of Bovaird Group is involved is unclear historically.

For Bowman’s barn raising, $160,000 has already been spent this year, with another $1 million to be spent in subsequent years.

When questioned about costs at Budget Committee, Jason Tamming, the City’s Director of Strategic Communications, Culture and Events said, “My understanding is in past years the Friends [of Bovaird House] may, depending on the needs and repairs, requested approach a variety of departments,” he continued, “I’m not sure that was undertaken in a consolidated or consistent way.”

The facts are also blurry when it comes to the actual relationship between the City and the Friends of Bovaird Group. According to Avis, the agreement was “probably a couple of years ago”. When asked of staff, their response was the agreement dated back to 2002 and was currently in negotiation with a report scheduled for Council in early 2022.

“I think that it would be very responsible of us to look at what the updated partnership agreement is,” Ward 1 Councillor Rowena Santos told her budget committee colleagues. “The reason is because it’s the Friends of Bovaird House who will be doing the programming of this barn.”

“In other circumstances, would this not require and RFP [Request for Proposals] process?”, Santos asked.

A request for proposals is a competitive purchasing process that solicits proposals from any number of organizations interested in competing for work identified by a municipality. The goal with such a process is to ensure fairness in the purchasing system as well as driving maximum value of taxpayer investments.

“It seems that the future of this site and the planning of this site is being driven by only one organization,” Santos added.

Councillor Paul Vicente echoed further concerns relating to an engineering report that outlined the condition of the existing barn materials, which was to be received by Council early next year. This corresponds with a staff report from earlier this year that noted the barn’s deconstructed components were being stored in “sea cans” and “tarps” and that “rodents and the weather pose a risk of deterioration and damage”.

“It seems to me that we are shooting from the hip here,” Vicente told the Budget Committee. “We don’t know what the costs will be or what is required to put all this together.”

Also in question is the procedural process undertaken by City Clerk Peter Fay in guiding the budget debate. In short, a motion made by a Councillor must be dealt with prior to moving on to another item.

Despite Councillor Santos presenting the first motion to send the barn item to staff for more information about construction and costs, Fay allowed Bowman’s motion to provide the $1 million. Placing Bowman’s motion ahead of Santo’s motion completely disregarded Santos’ motion until hours later.

The neutrality of the Clerk is essential to the proper running of municipal Council and committee meetings to ensure all elected officials are playing by the same rules and that no favouritism exists.

According to the December 2 Brampton Focus’ reporting of the barn boondoggle, Bowman is a listed as a committee member of the Friends of Bovaird House organization and that his spouse volunteers for them.

It is unknown as to why Bowman and other Councillors placed such urgency on the barn project with such little information at hand. In fact, the 6 votes in favour of Bowman’s motion may have had a legitimizing effect on Bowman’s disregard to the contributions of the non-profit sector in Brampton.

Bowman described the Friends of Bovaird House last week as not being “a regular not-for profit group that doesn’t do anything or doesn’t contribute to the city in anyway”. With five other Councillors choosing to side with this statement through their support of the barn, it may very well dampen the non-profit sector. Non-profit sectors groups and agencies are already struggling due to the economic conditions caused by the ongoing COVID-19 pandemic. A $1 million grant to a food bank, homeless shelter, arts project, or cultural event may have been welcomed news.

The City of Brampton has developed significant reserves, such as funding for strategic investments, capital projects, and parks. This includes hospitals.

With a vote against hospital funding, Bowman wanted taxpayer’s money for his barn project.

If anything, the comments highlight the utter desperation Bowman harbours in obtaining that $1.0M for the barn project.

Despite all the questions surrounding Bowman’s barn, perhaps the most important question is…why a barn from Caledon?