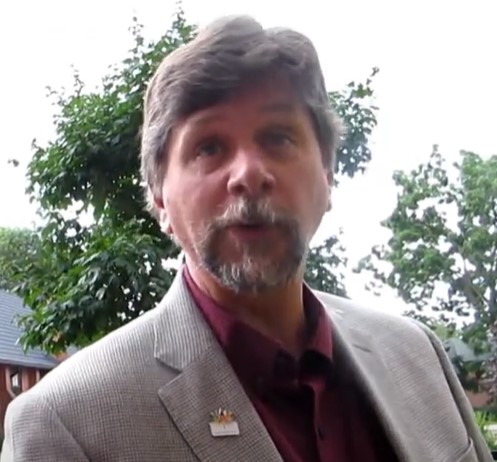 When Jeff Bowman had a majority of allies on Council, he voted to use taxpayers’ money to launch unsubstantiated allegations against his political opponents. At the time, he claimed the democratic will of Council must prevail. However, now that he lost the majority vote on Council, he claims Council’s will should not be followed.

Jeff Bowman’s web of hypocrisy has tangled his rudder, and his ship is sinking.

Yesterday, acting without any Council support, Jeff Bowman stood alone at Queen’s Park and repeated his unsubstantiated allegations against his Council foes.

Members of Council recognize that the decision-making authority for the municipality lies with Council, not an individual Councillor

Bowman, who is not running again in the October 24th Municipal election, made his requests as an individual, lacking any official authority and without the democratic support from the City of Brampton. The Bramponist has heard from sources that the Ombudsman’s Office views its mandate as an office of last resort, once all internal processes of an organization have been exhausted. In this case, it is quite clear that nothing untoward has occurred – only a vote of City Council that Bowman dislikes.

Nonetheless, at the sparsely attended media conference, Bowman requested that the Minister of Municipal Affairs take steps to ensure that recently passed legislation that provides “Strong Mayor” powers to Ottawa and Toronto, does not extend to mayors in other cities, in particular Brampton. He alleged that “Patrick Brown has demonstrated why Strong Mayors powers should not be given to certain individuals”. Bowman later contradicted himself, in suggesting he supports Strong Mayor powers, as supported by another Mayoral candidate, but made clear that his grudge is with Brown, not the legislation itself.

Next, Bowman asked that the Minister of Municipal Affairs and the Ontario Ombudsman conduct investigations on politically motivated witch-hunts, for which Bowman no longer has Council support. Recently, City Council received an interim report on previously initiated political investigations, and upon careful review opted to receive the investigation report as it was, and not use additional taxpayer dollars on further reviewing processes that were cleared by the City’s Integrity Commissioner and complied with City processes.

This term on City Council, Bowman and his allies squandered millions of dollars of Brampton’s taxpayers money to engage in his political warfare.

It remains unclear what Bowman is requesting the Ontario Ombudsman to review, as the decisions to receive reports were made in compliance with the City’s Procedural Bylaw, by a majority vote of Council. The City Clerk never publicly advised Members of Council during the meeting that the Council decision was out of order.

It is possible that Bowman was selected by the Group of Six, down one since Charmaine Williams was elected as MPP for Brampton Centre, since he was not running for re-election and the City’s Integrity Commissioner would not investigate. Section 223.4 (9) of The Municipal Act states that during the period of time starting on nomination day for a regular election, and ending on voting day in a regular election, “There shall be no requests for an inquiry about whether a member of council or of a local board has contravened the code of conduct applicable to the member.”

While certainly convenient in the circumstances, at any other time, Jeff Bowman’s conduct would be subject to the Integrity Commissioner and it is clear that he has acted unilaterally and without the support of Council in his actions yesterday. Such actions do not uphold and support the decisions of the duly elected Council and will be rejected by the residents of Brampton.

Without offering any evidence, it is clear Bowman’s actions were simply politically motivated in a desperate attempt to influence the municipal election.