Bramptonist
Home News City This Is What Bramalea City Centre Used to Look Like Back in... 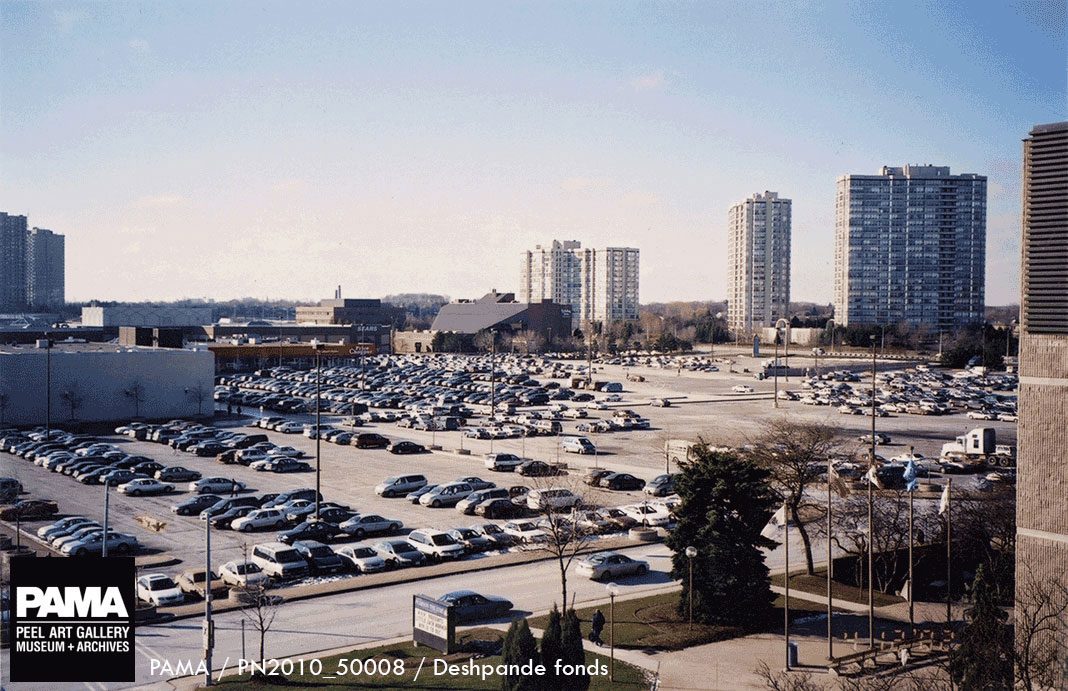 It’s hard to remember exactly what Bramalea City Centre looked like before 2004 when its first round of renovations began. Back then the mall had grey floors, a couple of prominent coin fountains and a beloved arcade.

The $165 million reconstructions of the mall’s food court and common areas in 2004 eventually segued into a full-fledged expansion which added an additional 350,000 sq. ft. of space, which meant about 220 new retail stores, shops, and restaurants. 400 new parking spaces were added, too.

But let’s have a look at the mall we remember from the good old days before it all changed.

This photo of the east side of the mall was taken in 1973. At this time the area was still sparsely populated. None of the existing apartments that currently surround the mall had yet been built.

At one time BCC had a movie theatre on its southwest side, beside popular restaurant Steak ‘N Burger.

This corridor connected Price Chopper wth the rest of the mall and also had a few stores and restaurants, most notably Popeye’s, SportCheck, and at one point it was filled with children’s stores. In 2004 it was redeveloped, but prior to that was attached to where RBC currently resides.

This shot of the east side of the mall looks towards the corner of Dixie Road and Queen Street in 2002. This was before to the mall’s first major transformation and when a Price Chopper store was still attached to the mall instead of the detached FreshCo store.

Do you have any old photos of Bramalea City Centre or any of the city’s old big box stores and shopping centres? Share them with us!