The Brampton artist community tends to fly under the radar, often not getting nearly as much attention as it deserves. Brampton is no stranger to creative minds, and thanks to Mindy Kaling, the star of popular comedy show The Mindy Project, one of Brampton’s own will be receiving well-deserved recognition.

Local artist Babneet Lakhesar, who goes by Babbu The Painter in the art world, will have her artwork featured on the show alongside the works of Toronto artist Hatecopy. According to the pair, it all began when Kaling purchased an art piece from each them: “Sisterhood of the Traveling Saris” from Babbu, and “Trust No Aunty” from Hatecopy. She also purchased a joint piece from the two, entitled “Aunty”, and from there, decided to include their works in the set of the show this season.

The artists praised Kaling for her active support of cultural and coloured creatives, and for her representation of Indian women in the media. In an interview with the Canadian Press, Babbu described Kaling as, “Someone who doesn’t meet the regular beauty standards that a lot of South Asians put out there.” Kaling, as a woman of atypical beauty, embodies much of what Babbu attempts to embody in her own art: independence, an appreciation of her culture, and a dialogue about gender politics in the South Asian community.

"The Mindy Project" to feature work of Toronto-area artists. Check out these dope young women! https://t.co/y3bUMULroc

A child of immigrant parents, Babbu’s artwork is notable for her incorporation and amalgamation of a comic-book-inspired pop art style, and topics from Indian culture, including politics, gender, and critiques of the norms within Indian society. She often incorporates images representative of herself into her works, meshing personal experience with perceived normalcies of her culture to create works that are both aesthetically breathtaking, and instigators of conversation about the issues she covers.

Her full artist’s catalogue can be viewed on her website, www.babbuthepainter.com 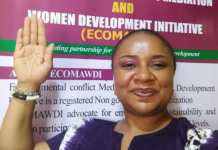