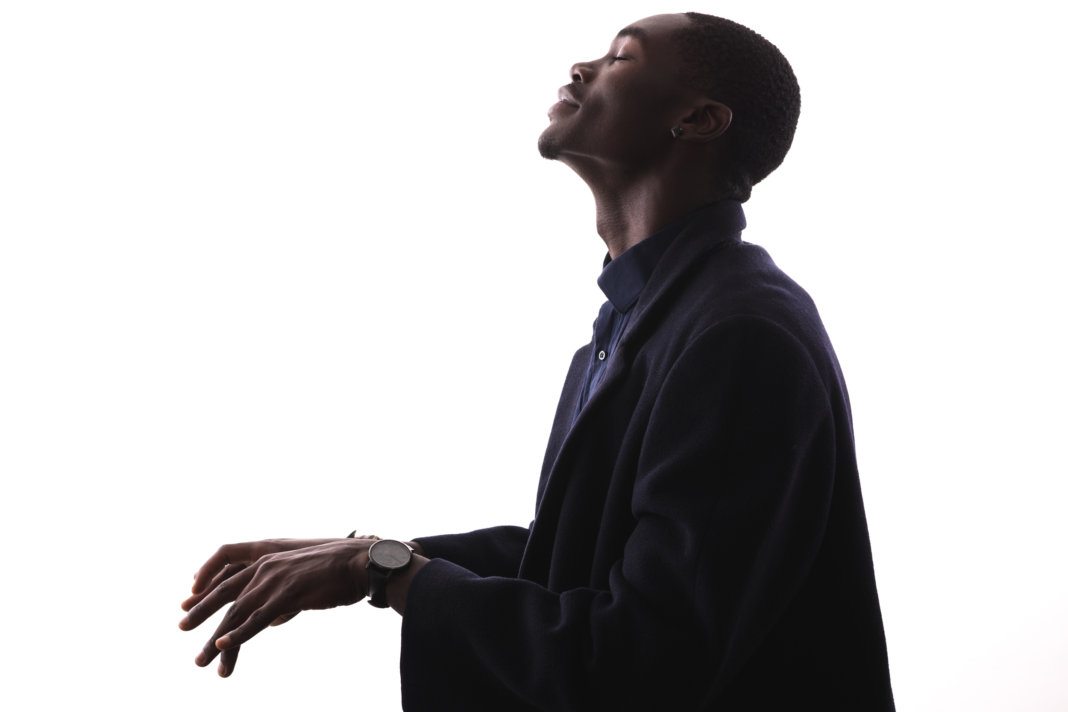 On October 31st, Tobi Aji dropped his EP “Work and Progress” shortly after his release party the night before.

It starts off with a monologue that can be best described as a sermon, a bars-mitzvah if you will, organs blaring in the background, debuting Brampton artist formerly known as Tech Rhymes. An underground rapper known to spit bars mercilessly, now Tobi Aji the Musician. This leads into the single Boys Become Men, of which the live audience, style and lyrical content make it reminiscent of something from Lupe Fiasco.

“…with my real name too I took the Drake and Nas route.” –

Track two, Trustory Gospel is a lyrical vent; no intermission, no hook no chorus, and very entertaining. Lyrically here you can see why they call him Tech Rhymes. Flowing effortlessly, he is captivating from beginning to end. It is definitely the most engaging freestyle on the EP.

King of Pop, is one of many pop culture references found on his EP, also an ode to one of the greatest entertainers of all time. Tobi shows off his lyrical ability as he manages to make word play on MJ’s greatest hits while also speaking deeply about insecurities, mirroring both MJ’s self esteem and hunger for success.

In another pop culture reference Tobi expresses his admiration for Kobe Bryant’s success in clever cult fashion, by referencing The Black Mamba’s secondary school, Lower Merion High. The hook is catchy and his delivery is multidimensional. This song is one of the more up-tempo singles that could grow to be a crowd pleaser.

Run Bonnie Run is a sign that Tobi has the potential to make shock wave music that transcends entertainment. Like socially conscious rapper Kendrick Lamar, Tobi refuses to compromise his integrity.  The song starts off with a bit from American politician Bernie Sanders and with chants like “We are the 99…the ones in charge” Tobi calls his listeners to action. “Run Bonnie Run” is an ambiguous play on “Run Bernie Run”, supporting Bernie’s run for presidency and demonstrating his socialist view. Conceptually, he pulls off a style we hope to see more of.

Understand You featuring fellow Brampton-based artist, K Forest, is definitely a song for the ladies. With its smooth R&B sound and Forest’s seductive vocals, it has become a personal favourite. Tobi shows off his versatility in delivery with a Wale-esque spoken word flow that is fitting to the mood. The lyrics are sexy, yet gentleman-like, and even vulnerable at times, which is refreshing. The melody is hypnotic and sonically this single stands out.

Tobi ends it off with a freestyle called Tech, doing what he does best and paying homage as it bids farewell to his alter ego.

This EP is most definitely a reflection of who Tobi Aji is, and what styles we can expect from him. Truly looking forward to seeing his music become more sonically versatile, as Understand You has proven to be a public favourite.  Work and Progress, “a collection of songs on constant improvement and dedication”  conveys his above average lyrical and conceptual aptitude.