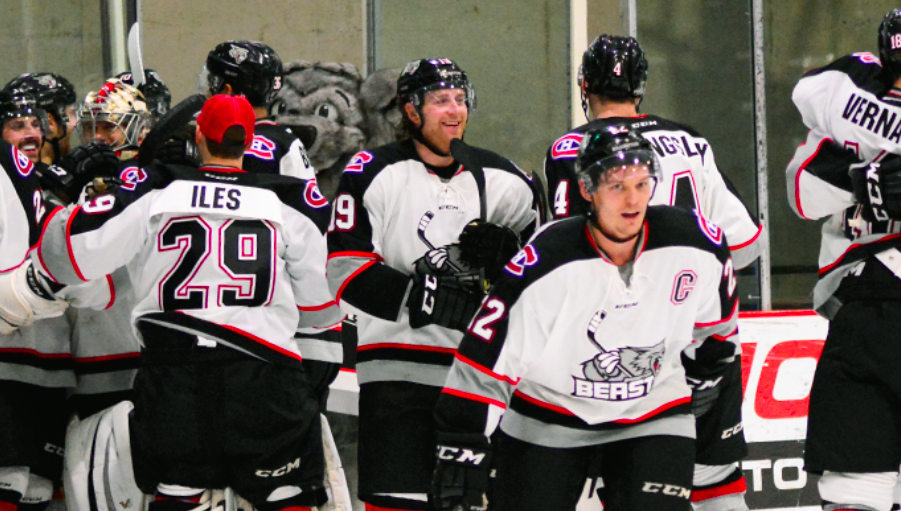 On Thursday, February 18, 2021, the Brampton Beast released a statement saying that the team is a casualty of COVID-19 and will be ceasing operations effective immediately.

Just a year ago the Beast were in the ECHL playoffs and the team was getting some decent traction. Unfortunately, once COVID hit the GTA and the league was forced to cancel the season, they were unable to recover. It wasn’t just the loss of the 2020 season, but also there being no 2021 season and no ability to plan yet for the 2022 season, either.

“Three seasons of Covid was just too much for our modest hockey team to sustain,” said Cary Kaplan, President and General Manager.

According to the team statement, during their seven years with Brampton, the Beast welcomed 680,000 fans to the CAA Centre (formerly the Powerade Centre). The team attended over 1,000 community events along with team mascot, Boomer.

Kaplan added, “From the bottom of our hearts, we want to offer an enormous thank you to the City of Brampton, Mayor Patrick Brown and Brampton City Council for supporting us with open arms, to the hundreds of thousands of fans and sponsors who we truly worked for and tried our best to exceed your expectations, to all the amazing players, staff and coaches who gave their blood, sweat and tears for the Beast, to our three owners who invested in our Vision, we are very proud of the lasting memories that we provided.”