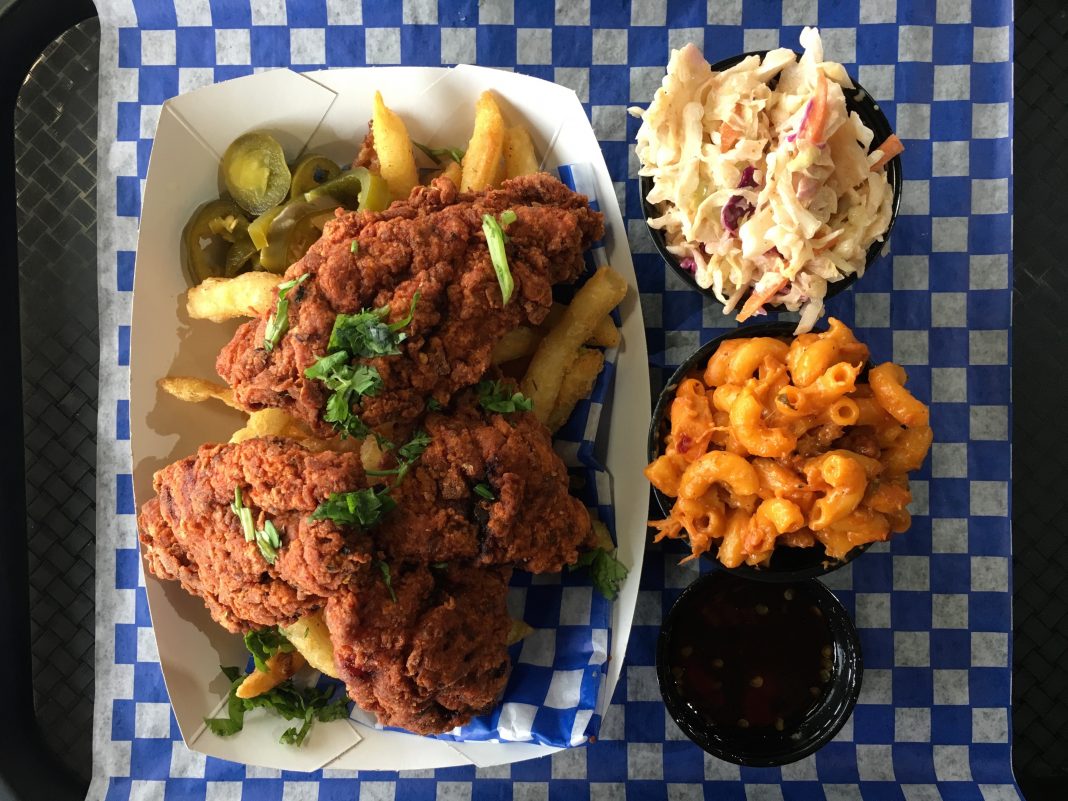 The Food Network Canada’s Recipe to Riches winner will be joined by best friends Joti Sohi and James Haughey to put on RGE LDN, a pop-up series throughout the summer in Central London as well as a month-long residence near Spitalfields Market in East London.

“It’s a no-brainer when it comes to food in UK, they’ve got a good food scene. And I think pop-ups in general are very popular in London. That’s one of the places where they originated.”

Rick’s Good Eats, which opened in 2016, is still a young restaurant. It has been featured on VICE Network and twice on Yelp’s Top 100 Restaurants in Canada, recently increasing its rank to #16. Sohi and Haughey introduced the idea of expanding internationally to Matharu, and the idea was supported by international customers, especially in the South Asian and Punjabi communities.

It took over a year of persistent inquiries for Matharu to agree to enter the British culinary scene. Part of the challenge was understanding the taste buds of the local Punjabi and South Asian diaspora, as well as the competition for fusion fare.

As a result, customers old and new will be able to get a taste of standard classics, including the butter chicken loaded fries, chaat and the fusion samosas stuffed with jerk chicken, dosa masala and Punjabi cheeseburgers. But in addition, Matharu will also feature his popular tandoori fried chicken (we’ve tried this – it’s fantastic), cheeseburgers spiced like kebabs, and masala marinated bacon.

In addition, Matharu wants to innovate new foods that will be Punjabi-British fusion more than Punjabi-Canadian, such as a banger’n’mash samosa, which he began developing a few weeks ago. He says it can take up to eight weeks to fine tune a new dish.

“I want to see what England’s all about,” explains Matharu. “Imagine having an English breakfast with bangers and eggs and toast and tomatoes and mushrooms and beans, but imagine those beans with a masala twist to it. Imagine those bangers with a nice masala kick, green chilis, garlic, ginger, cumin in the sausage. Something like that. See what’s going on in their food scene and then creating a full new menu that’s Rick-inspired with a Punjabi-English twist. Not Canadian twist, but now with an English twist.”

RGE LDN launches on May 17th at The Travel Cafe with an invite only test-tasting event. But for Bramptonians travelling to the UK over the summer, Rick’s Good Eats will be updating the Twitter account @rgeldn with its pop-up locations and dates.