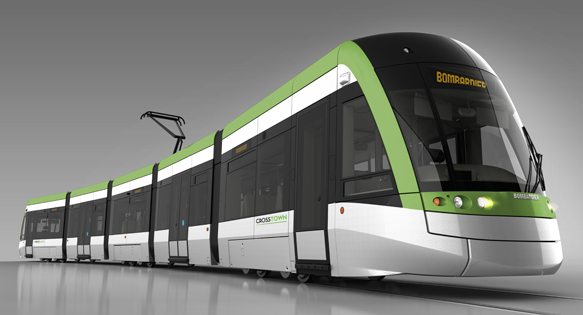 After council’s decision to vote down the Hurontario-Main LRT (HMLRT) and $400 million worth of funding from the province, downtown Brampton was left with absolutely no plan for light rail transit. Not long after, despite already having looked at other routes for the past several years, the council voted to have city staff find three alternatives that could replace the Main St. surface route.

A staff report released last Friday presented two alternative options, both tunnels that would travel under Main Street to Brampton GO station. After four months of planning and research and a subsequent report from staff, the city councillors’ doubts are already trickling in.

Now that the work has been done, some on council are backtracking, saying they instructed staff to look at routes outside of Main Street, which appears to be contradictory to the motion passed back in November.

“I would argue an incorrect interpretation of the November 2015 motion directing them to explore up to three alternative routes,” Councillor Elaine Moore told The Star over the weekend.

As stated in the motion, councillors  voted to have city staff come up with three alternatives outside of the surface alignment — surface alignment refers to LRT directly on the street. So staff’s most recent recommendations for a tunnel option is completely within the guidelines that council originally set.

As some councillors gear up to cast further doubt on city staff and their reports, this most recent attempt at firming up Brampton’s LRT plans may prove futile. Indeed, staff have always stood by the provincially funded Hurontario-Main LRT to downtown Brampton GO based on data available, and the city’s own growth plans. Their recommendations to council to accept the route and start building was very clear, but council chose to carve their own path and vote against it for many stated reasons that flew in the face of studies and expert opinion.

Councillor Moore went on to tell The Star that the staff report simply continues the controversy previously present in the Hurontario-Main LRT alignment and that it “adds to the delay in Brampton getting its act together on having our central corridor served by LRT.”

As Councillor Moore stated, Hurontario-Main is Brampton’s main corridor travelling in and out of Mississauga, with the 501 seeing over 14,000 riders daily. This fact was clear throughout the debate of the HMLRT, yet council voted down the option to have LRT on Brampton’s busiest north/south corridor. Brampton’s overflowing route 502 buses at rush hour show just how necessary better service on the route is.

Ridership is a big issue

One issue that came up consistently leading up to the decision on the Main street portion of the LRT was whether the route would have enough riders to warrant such a service. Councillor Jeff Bowman also expressed concern over ridership to The Star regarding the two tunnel options, which essentially cover the same ground.

But if ridership really is the issue in this case, then it further proves that turning down the Main Street portion of the LRT was a bad decision. Currently the 502 has over 15,000 riders daily. Ridership numbers for Kennedy Road (#7) and McLauglin (#3) two potential routes for the LRT, are so dismal they aren’t even worth mentioning. Yet, council may push for staff to look at these routes as viable options, even though the data proves they aren’t.

Staff have maintained that HMLRT is and always was the most efficient and cost-effective route for taxpayers. Routes that divert from Main come with their own set of problems, including inadequate ridership as mentioned above, added travel time, and additional cost for lower value. But council, in asking staff to choose these alignments, is failing to acknowledge that shortcomings are clearly much greater than the previously proposed Main street route.

By failing to listen to city staff’s recommendations and that of other experts, engineers and city planners outside of the city, councillors have called into question their motives and their judgement. So far, council has offered no logical explanation of what they’re looking for in LRT, simply a few vague notions of a ‘Made in Brampton’ solution. But will that solution reflect what transit users need?

Once council is officially presented the report, a number of outcomes are possible:

A) Though unlikely, council will realize their mistake in turning down the approved, studied and funded Hurontario-Main LRT surface alignment and vote to reopen their previous decision to axe the project.

B) Council will accept staff’s recommendations for a tunnel and vote to fund the $2.5 million TRAP (environmental assessment) to further determine the feasibility of the project

C) Council will re-write their previous motion to completely remove Main Street from the table, thereby forcing staff to look at taking the LRT down Kennedy, McLaughlin or elsewhere.

D) Council could choose to forget about the LRT altogether, accepting that they made a mistake in rejecting the previous route and move forward with Brampton’s other transit priorities, including All Day Two Way GO.

Staff will present their findings at the March 7 Planning & Infrastructure meeting beginning at 7 p.m. in city hall chambers.

What do you think of staff’s tunneled LRT options on Main Street? Let us know in the comments below.