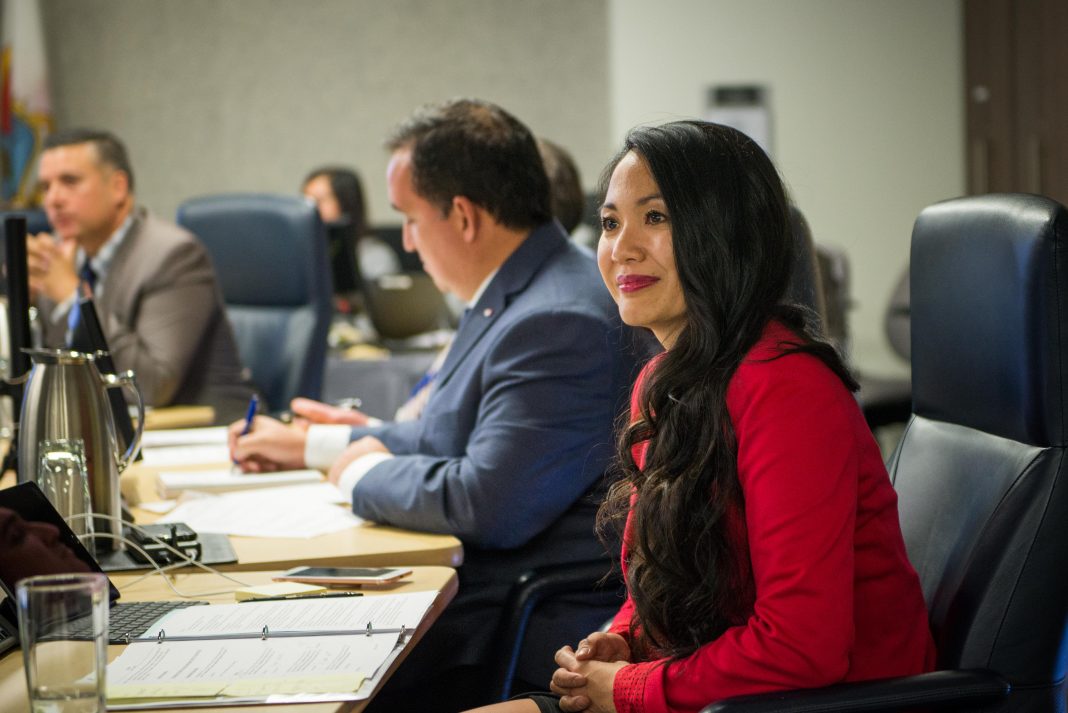 This committee handles all planning and development issues and is comprised of all of council, except for the mayor. Generally, an evening meeting means there is at least one item on the agenda that has a mandatory public meeting requirement.

A developer is proposing a 20 storey mixed-use residential, office and retail building with 186 residential units (page 4). The proposed plan conforms with the official plan and secondary plan, but the zoning by-law needs to be amended.

Proposal includes 351 parking spaces underground and 44 surface spots. The development is set back from the road significantly enough for the future Hurontario LRT.

This study was prompted by concerns from residents in Marysfield, after new neighbours were applying for building permits and changing the neighbourhood character (page 25).

There are several proposed amendments. One would identify the area as a Residential Character Area in the city’s Official Plan. Severances of lots would only be allowed if minimum lot sizes are maintained. There is also a consideration that a cultural heritage landscape plan could be done.

A city staff member will be presenting a new tool, the Development Permit System, and how the city can use it to execute the 2040 Vision.

CoA is a committee comprised of staff members and residents, not elected officials. This committee handles minor zoning adjustments for new developments, as well as new businesses in existing developments.

Minor adjustments may including: adjusting the zoning to allows for compatible but not allowed uses, reducing parking minimums, and minor height and setback adjustments.

A business at 15 Regan Road would like to store motor vehicles outside when it’s not allowed in the area, a storage area only 5 metres away from the street (bylaw requires 20 metres), and the storage area to be fenced with chain link instead of wood, metal or masonry.

Presentations on the committee structure and the new council office support implementation.

Reports on how the city will comply with the new Ontario Bill 68 and secured access to closed meeting materials.

The AFBAC is composed of councilors, residents (seniors and youth), and community group representatives to discuss issues involving youth and senior issues in the community, and how to make Brampton a better place for all.

Sylvia Roberts, resident, will be requesting the addition of two youth councils, one for those 19 and under and one for 20-29.

A city staff member will verbally update the committee on age-friendly initiatives undertaken by the city, including public workshop, a resident survey, and the age-friendly forum.

The city is setting up a new committee focused on those between ages 13-19 (page 27). The committee will advise several city committees on youth issues and candidates will be sought out from secondary schools in the city (candidates are required to be attending high school full-time).

CoC is attended by all members of council, except the mayor (though the mayor is permitted to be a member at this committee). This committee hears new reports from all areas of the city, as well as issues from the advisory committees. This is the confirming step before final council meeting approval.

David Laing, Brampton resident, will be presenting to council to fulfill one of the Brampton 2040 actions, the Institute for Sustainable Brampton (page 7).

Ivan Rabinovich, manager of the Brampton YMCA, is inviting council to participate in the Sweat for Good Challenge (page 61).

Members of Ryerson University will present to council and ask for confirmation about leadership regarding the Cybersecurity Catalyst and other initiatives (page 62).

With the budget process being late this year, city staff are requesting the $14.7 million for the road program this year in advance (page 72). This work will include the general road resurfacing of 40 city streets, addition of transit pads, and a new sidewalk on Van Kirk Drive.

A presentation by city staff in regards to cricket in the city, including park infrastructure (page 77). The city currently has 16 pitches (minus the three private ones at the CAA Centre). 4 pitches are planned in the next four years, including a premium pitch at Gore Meadows. Lighting will be added for night games at several pitches.

Because this committee is choosing candidates for advisory committees, it’s seen as an HR/interviewing matter and is closed for the general public.