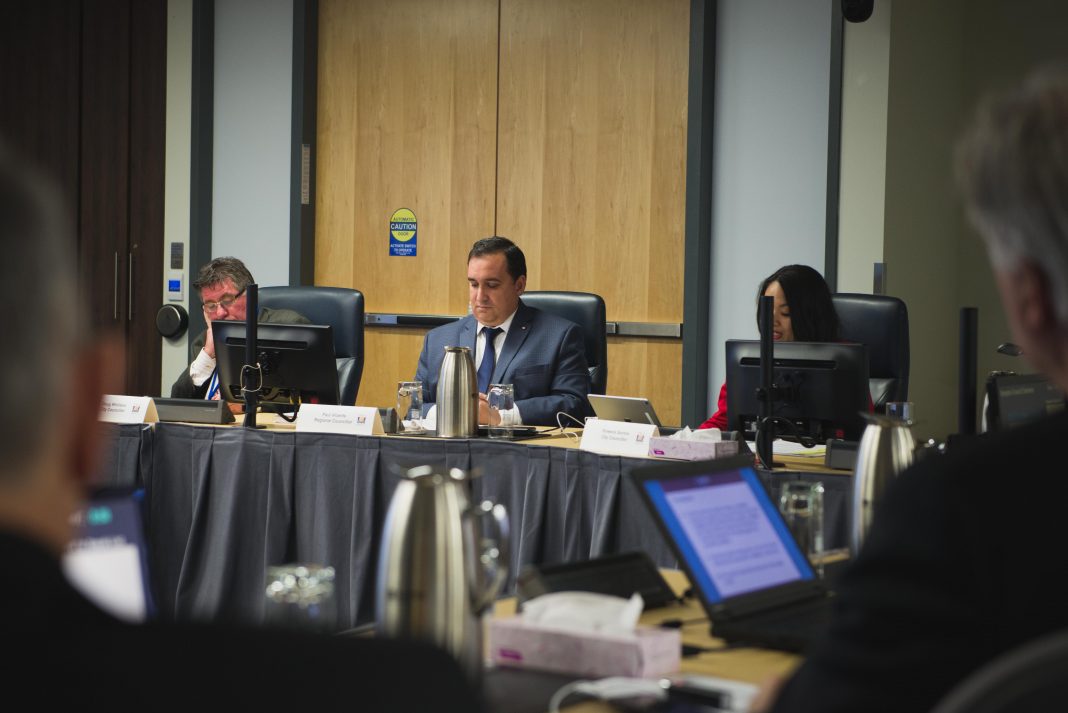 All meetings are open to the public (aside from items which are specifically marked as closed).

The city’s audit committee is made up of five council members, who review matters regarding the city as a corporation, dealing with financials and matters of potential fraud or unfair practices.

The hotline is being rolled back out to all city departments, and presentations are being done to prevent any corporate fraud in the city (presentation on page 4, report on page 46). Three new reports were to the hotline since the committee last met in June 2018.

This committee handles all matters regarding the city budget, including special items like transit fare increases and city councillor requests.

Staff have a large report detailing every question that city councillors and the mayor formally asked about the budget (page 5).

Many of the questions asked are what residents ask staff every year and there are interesting and important details contained within, from “what does this obscure staff position do” to the estimated cost for “windrow” (the bottom part of your driveway where the curb meets the street) clearing during the winter.

Every question a member of the public asked during a budget tele-town hall or other public meeting has been recorded for transparency (page 26).

The BIA, as an arms-length organization affiliated with the city, has its own separate budget (page 55). Some key items that the BIA will focus on this year include downtown beautification, better partnerships with festivals, and safety. 75 per cent of the BIA’s budget comes from a levy.

The Brampton Public Library also operates arms-length from the city, though funding comes exclusively from city hall and grants (page 69). The library intends to open an interim branch in southwest Brampton this year, launch programming through a mobile van, and review its facilities.

Despite operating at a 50 per cent fare recovery ratio (higher than Mississauga, Ottawa and Chicago), Brampton Transit is proposing to raise the adult PRESTO e-fare by 10 cents to $3.10 on May 12, 2019, as well as increasing adult weekly and monthly passes.

The BHB is a committee made of citizens and one councillor, and is advised by heritage planning staff. It makes decisions on heritage and would-be-heritage projects in the city.

87 Elizabeth Street South: The report recommends that a one-storey garage be permitted to be built at the rear of this property (page 11).

67 Main Street South: The owner of this building will be granted $5,000 in order to replace the heritage brickwork (page 34).

City staff will discuss the 2019 edition of Doors Open Brampton.

City Council meetings are the final approval meeting for all matters relating to the city. Generally speaking, matters are considered finished after they are approved here, unless opened back up with a two-thirds majority vote.

Algoma University in Brampton will outline its plans for expansion in the coming years (page 10).

Brampton Fashion Week, which launched last year, will present its events for 2019 (page 17).

Jermaine Chambers, a Brampton resident, will be speaking to council on employment practices.

The new priorities for this term of council are influenced mainly by the Brampton 2040 exercise from last year. The five strategic priorities are prosperity, diversity, sustainability, safety and good government.

The presentation is on page 48 and the report on page 58.

Back in February, council asked Brampton Transit to look into further reducing senior fares. BT has come back saying that reducing the fare to a $15 monthly pass or free pass will result in revenue losses of $400k to $1.2 million, especially as more seniors opt to take transit in the face of cheaper fares (page 112).

Brampton currently has the lowest senior fares for transit in the GTHA. Furthermore, Brampton residents are eligible for subsidized passes if they are under a certain income level, of which 176 seniors have passes currently.

In regards to people with disabilities, city staff will look into extend the two hour and free transfer between Brampton Transit and MiWay to Peel’s Trans Help service.

The city is working with Metrolinx on better access to GO stations, especially as parking lots become more and more full as more service is added (page 120).

A temporary solution for Mount Pleasant GO is to allow for some all-day street parking on the internal streets north of Bovaird. While the downtown parking lots are paid, staff are attempting to encourage use of the underutilized garages, as they would be cheaper than driving and parking in downtown Toronto, as well as reducing on-street parking rates on some of the side streets.

Planning for the Queen Street BRT

The city has been planning for a Queen Street bus rapid transit (BRT) line since 2015, and Metrolinx started its business case last June (page 126). This case should be complete by summer, at which point the environmental assessment and preliminary design can begin.

The city’s project for Queen Street has been abandoned in favour of Metrolinx’s cases, in order to stop duplication of work and give full attention to the Metrolinx project, which not only includes Brampton, but also Highway 7 West in Vaughan to Islington Avenue, where the current VIVA BRT program will end once complete in 2020.

The next public progress updates will happen in the next two weeks.

Councilor Pat Fortini (Regional, Wards 7 & 8) would like to discuss the state of Victoria Park Arena. 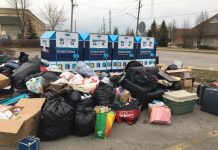