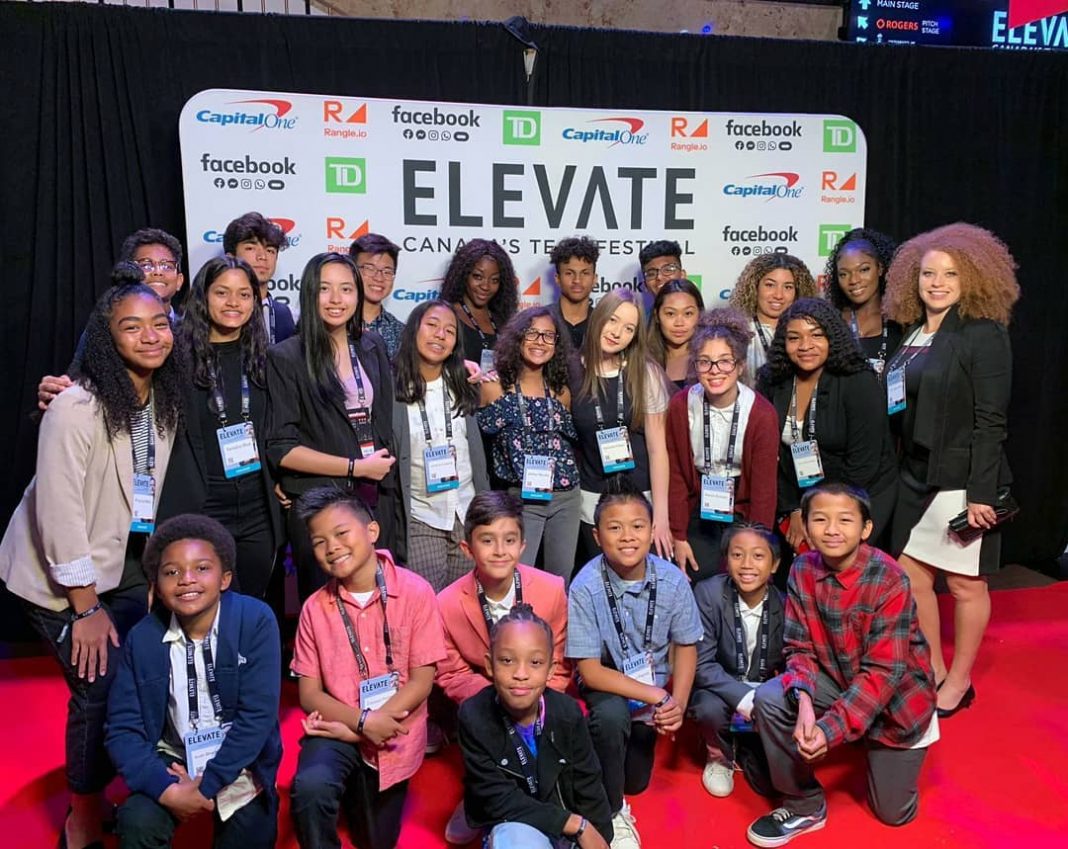 Last month Brampton’s Jade’s Hip Hop Academy gave a performance directed by Director X (also from Brampton) to the popular Canadian song “Waving Flag” by K’naan in an energetic opening to a sold-out crowd. The event was during Elevate, the largest tech festival in Canada, and it was led by former U.S. First Lady Michelle Obama.

The dance troupe opened for Michelle Obama at Meridian Hall (formerly Sony Centre) in a performance while unveiling the United Nations 17 Sustainable Goals, on Tuesday, Sept. 26, 2019.

The Academy’s 10- to 21-year-old dancers took to the stage against the backdrop of the UN goals. What started out as a freestyle from five young dancers culminated into a crowd-rousing choreography of more than 20 performers on stage, hopefully inspiring the audience to take action to make a difference in their communities and in the world.

Check out the performance posted by JHHA on YouTube.

Elevate, a community-driven not-for-profit, is Canada’s largest technology festival that meet under the mission of “[uniting] the world’s innovators to solve society’s greatest challenges”. Elevate was spread out over more than 300 venues throughout downtown Toronto this year; and had over 250 participating companies. Elevate will have festivals in Montreal (Oct. 24), Ottawa (Nov. 13), and Waterloo (TBD).

Jade’s Hip Hop Academy is a prime example of youth representing the diverse culture of Brampton. Their troupes are made of members from a variety of backgrounds who come together to enjoy the cool and energetic dance styles of hip hop. They are renowned for their appearance on the Ellen DeGeneres show in 2015, and the NBA Champs Toronto Raptors half-time shows they perform, videos of which have gone viral worldwide.

The event “In Conversation with Former First Lady Michelle Obama” was part of a series of events for the Elevate Tech Festival in Toronto that took place last month.