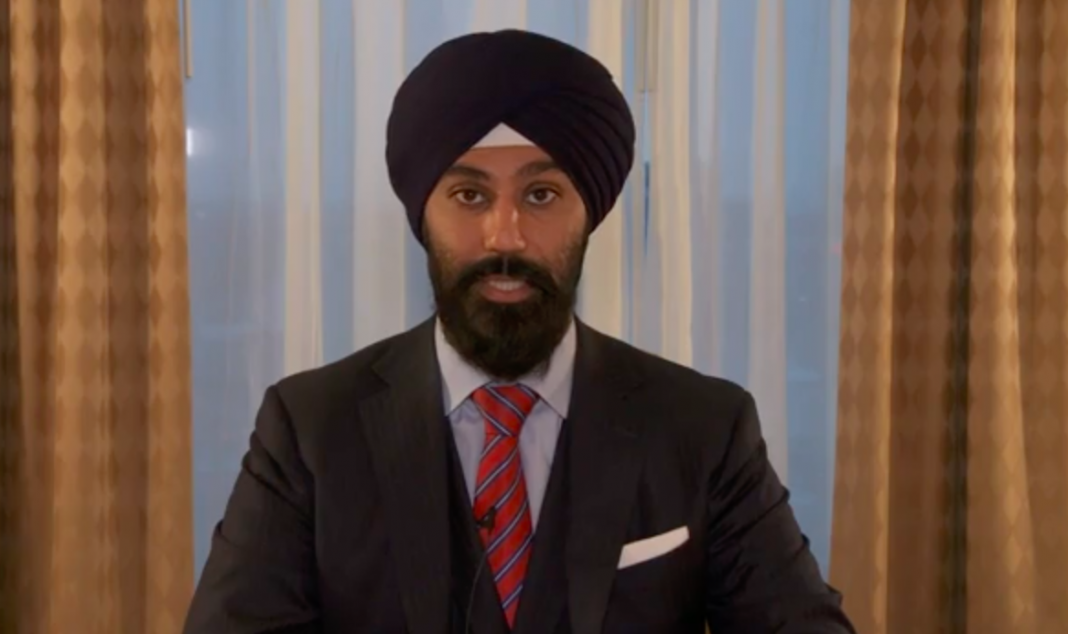 Despite announcing his intention to leave his seat in the House of Commons amid revelations of a gambling addiction and RCMP investigation, Brampton East MP Raj Grewal says he may not resign after all.

Grewal released a video statement late Friday evening addressing his gambling addiction, the allegations levelled against him in the media, and his standing as an MP.

Grewal said on social media last week he would be resigning his seat as an MP in light of personal and medical challenges. It came to light shortly after that he was suffering from a gambling addiction and had incurred personal debts in the millions of dollars.

In Friday’s video, Grewal explained he had been gambling recreationally since university, and it became a personal problem three years ago. He regularly stayed at a hotel while in Ottawa that was attached to a casino and often participated in high stakes high limit blackjack.

There have been questions about the origins of the millions Grewal used to gamble over the years and he says it was all accumulated through personal debt and money he borrowed from friends and family.

Grewal says he revealed the problem to his family, including his wife, in early November. He also says all of the personal loans have been paid back, adding that nothing “sinister” has been going on behind the scenes.

“Compulsive gambling is a mental health disorder that I suffer from,” he said in the video. “My sins are not ones based in corruption and dishonesty, they are born out of human frailty.”

Grewal also said his work in Brampton East isn’t done and he hasn’t made a final decision about his political career.

Despite his statement that he was resigning, Grewal didn’t follow the proper protocol to submit his resignation from the House, and speculation started flying earlier this week about if and when he would officially resign.

Sources told the National Post that if he didn’t resign his seat he would likely be removed from the caucus by the Prime Minister. But now Grewal says he will make a final decision on his political career at a later date.

“After weeks of spending time with family, receiving treatment and countless messages of support, I have decided I will be leaving the Liberal caucus and taking a leave of absence to focus on my mental health and treatment plan,” he says. “I will be making a final decision about my political future before Parliament resumes in the New Year.”

Watch the full video below.