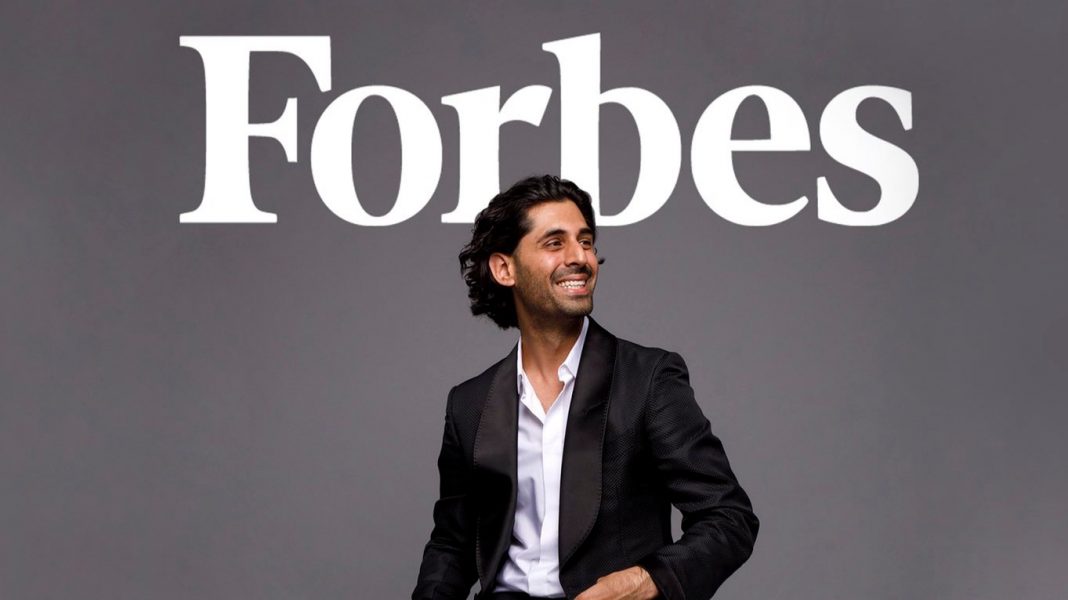 Young Brampton entrepreneur Karan Walia is on the new Forbes 30 Under 30.

Forbes celebrates these individuals and their efforts that are changing the course of business and development, and even how their industries are perceived in what can be achieved and how. Of the 30 Under 30 in the U.S. and Canada, over 48% of them identify as an immigrant or as the first-generation born to immigrants.

Walia joins 29 other men and women under the age of 30 in the industry of marketing and advertising. The 29-year-old entrepreneur has achieved this hallmark through his accomplishments with Cluep, an artificial intelligence mobile ad platform he co-founded and ran.

In reflecting on his journey that led to this success, Walia tweeted: “Most people react to pain badly. They have  “fight or flight” reactions to it… Those who react well to pain that stands in the way of getting to their goals – gain strength and satisfaction.”

On December 3, after being announced as a 2019 Forbes 30 Under 30, Walia tweeted: “Congrats to my brothers and cofounders Anton Mamonov and Sobi Walia for also making the list and a big shout out to our leadership team Pardeep Gill, Stacey McInnes, Karla Stuewe, Sloan Sehr, Bhawan Singh, Tyler Poon, the rest of the CluepINC fam, our clients, my family and friends.”

“Nothing will make you appreciate human intelligence like learning about how hard it is to try to create a computer as smart as we are. I’ve been at it for over nine years, but now I finally have a war chest to build technologies that advance humanity and improve our quality of life,” Walia tweeted in September last year, after TechCrunch tweeted a photo of the three entrepreneurs, saying “Cluep, a Canadian startup that raised just $500K, acquired for $40M.”

Their mission at Cluep is to help brands connect with people emotionally through artificial intelligence. It features a deep-learning algorithm and tools that analyze videos, photos and text across a variety of platforms, to target users with relevant ads.

From launching their first official office in Toronto in 2014, its third office in 2016, opening an office in India, and then the U.S., they have grown to become a five-country company, with 120+ brands, 400+ campaigns, while having only 20+ employees.

Check out a snapshot of the timeline of Karan’s career progress here on his website: Cluep.com.