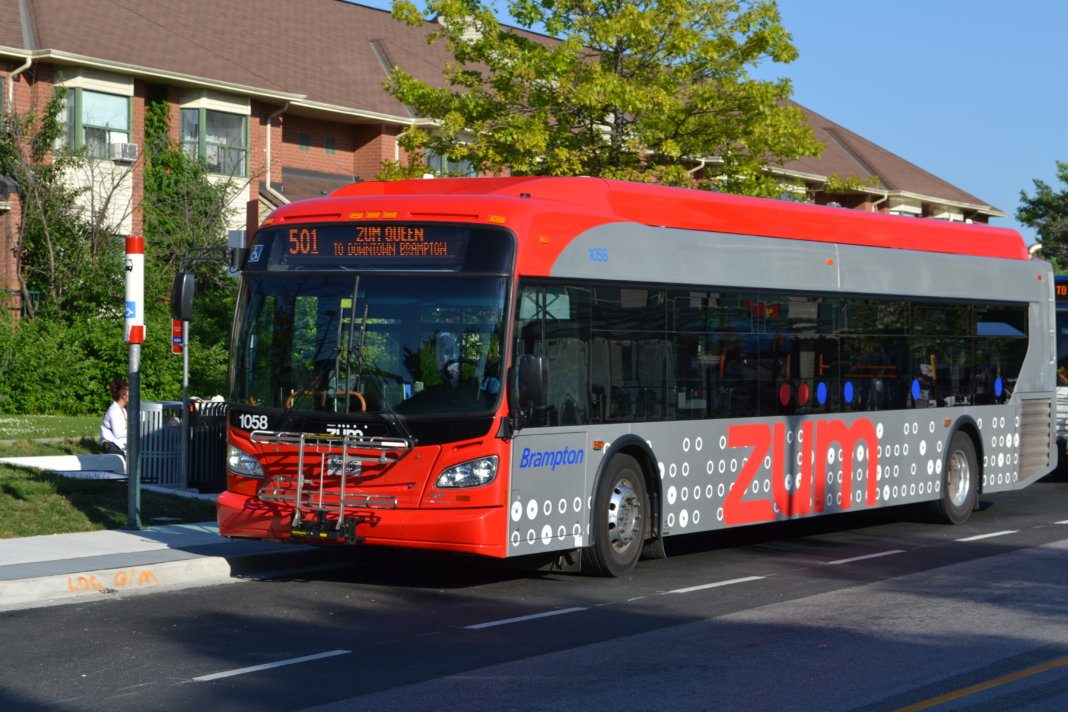 Brampton is finalizing its proposal to the federal government, asking for six transit projects to be partially funded, including a new Airport Road Zum line.

The province’s Public Transit Infrastructure Fund will dole out funding to municipalities based on ridership. Brampton is eligible for $32,536,428, and the amount must be matched with an equal contribution from the city.

The new fund isn’t intended to build mega projects like rapid transit lines. Instead, transit agencies are expected to use the money for upgrades like shelters, bus pads, new buses, repair systems and so forth.

Cities can also use the funding for studies to support future expansion, including engineering studies and environmental assessments.

Five of Brampton’s proposed projects are system upgrades. They include (total combined costs in brackets):

Brampton Transit asked the federal government in 2014 to fund a new Zum line on Airport Road, it wasn’t approved, and now they’re making the request again. The total cost of this expansion would be $19.1 million.

As seen in the 2014 proposal, the Airport Road Zum would reroute the current 505 Bovaird off Humberwest Parkway and onto Airport Road, with a final terminus at Bramalea GO (via Steeles).

Note: future stations on the above map have been projected from stations at matching intersections on other Zum lines.

Interestingly, Brampton has proposed no active transportation projects to be funded. In contrast, of Toronto’s $485 million in funding, almost 10 per cent — $48.4 million — is expected to go towards new bike lanes, sidewalks and other improvements.

Cities like London and the Region of Waterloo, which have similar populations and riderships to Brampton, have also asked for active transportation funding. London and Waterloo Region’s cycling/pedestrian projects account for 29.1 per cent and 7.2 per cent, respectively, of their funding allocations.

However, a broad scan of municipalities in Ontario shows that most cities will be using the fund for new buses and shelters.

Projects must be complete by 2018.