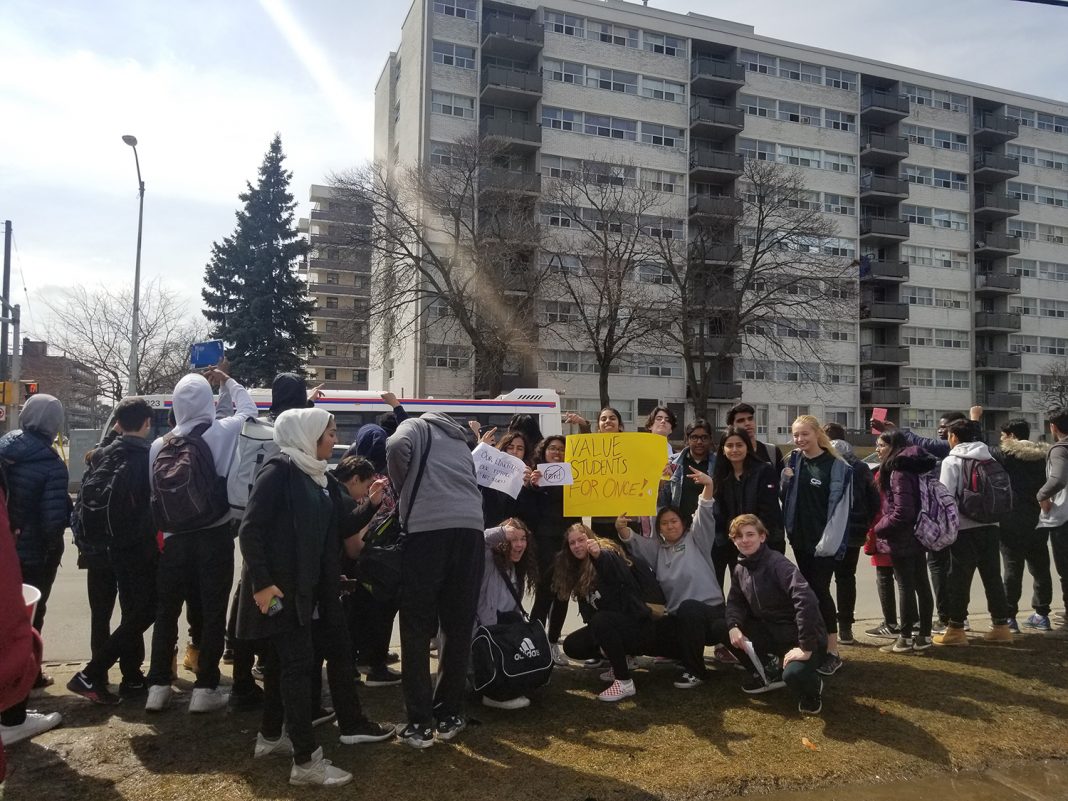 Hundreds of students at Central Peel Secondary School walked out of school Wednesday to protest the Ontario government’s planned changes to the education system.

Starting at noon, a few hundred students stood outside the school on Kennedy Road North carrying signs and yelling chants that took aim at education reforms.

The walkout was organized by grade 10 and 11 students Gracie Huestis, Aleesha Syed and Maryna Huynh. The three say they are protesting the changes to OSAP, larger class sizes, and the mandatory online classes.

Students at the rally voiced concerns about the government’s planned cuts to OSAP, which would see the elimination of free tuition for low-income students.

The local walkout mirrored provincewide action organized by the Canadian Federation of Students’ Ontario outpost in response to changes to OSAP and post-secondary fees which the provincial government says is to help with Ontario’s deficit.

Walkouts were staged across the province, with students calling for the government to provide more grants to students in need, eliminate tuition fees and increase public spending for education.

The students at Central Peel say this isn’t the last we’ve seen of them. They plan to reconvene in April for another rally and will look to engage representatives at all levels of government in the conversation.