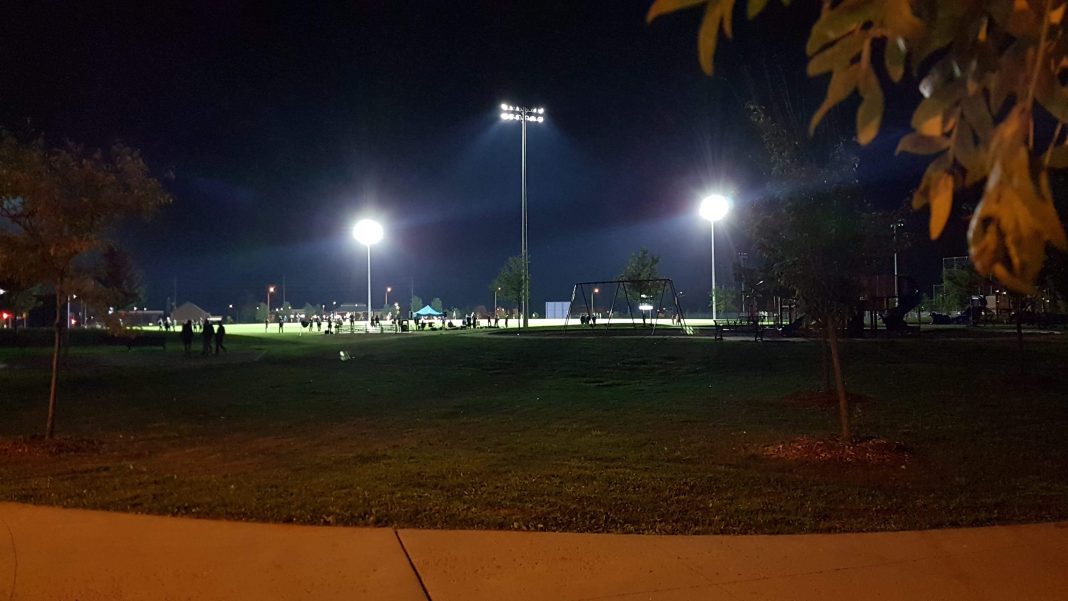 Light it up! Brampton is now officially home to the one and only lit cricket field in the whole Greater Toronto Area, and maybe even Canada.

Teramoto Park, located in the Chinguacousy Road and Queen Street area, was lit up Tuesday night for the first time, marking a big moment for cricket in Brampton’s history. The city now has a cricket field fully outfitted with permanent lighting, and it’s something the cricket community in the city has been requesting for years.

The fun kicked off at 7:30 p.m. last night and the field was officially christened with its first cricket match under the lights with Brampton Cricket league.

2019 has been a big year for cricket in the city. Brampton became the first Canadian city to host GT20, a massive cricket tournament that brought world-class talent to the city, and now it’s made a move towards greater investment in local cricket infrastructure.

Brampton Cricket League has been a central part of the growing popularity of the sport locally. They started from humble beginnings back in 2009 with three teams and has staggering 966% to 32 teams just this year.

During the 2018 election cricket lovers and the league rallied and advocated for better infrastructure to allow the sport to continue to grow in Brampton, and the newly lit field is a direct result of those efforts.

In the past, the lack of permanent lighting meant that matches, practice sessions and tournaments were restricted to the daytime. But this new field will allow the League to play evening games, host more tournaments and continue to expand the sport. In the the league has had to turn away interested participants, but the new lights will allow them to more teams moving forward.

Local lovers of the sport hope that the new lights are the first of many improvements and expansions to local cricket infrastructure in Brampton, and the city even has some big plans coming down the pipeline. the city is in the midst of planning for a state-of-the-art cricket to be built at Gore Meadows Community Centre.