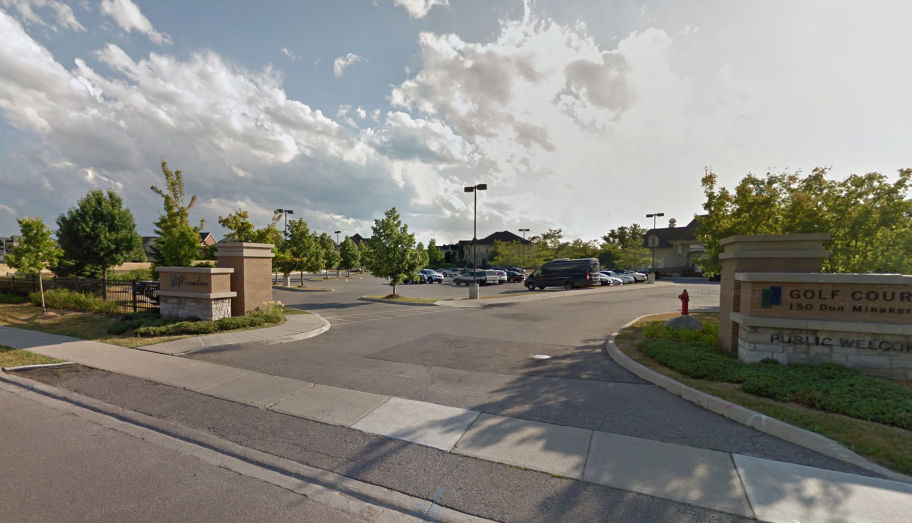 Last week Brampton City Council just voted to purchase Riverstone Golf Course and Clubhouse. The course, located in the Castlemore area, has been the subject of controversy over the past year.

It all started when the city was approached by Gianpaolo Group, a local developer, about purchasing the course. Councillor Gael Miles eventually put forward a motion to have city staff study the feasibility of purchasing the course and turning it into a seniors’ rec centre.

The initial idea was met with resistance from the majority of city councillors, but in a complete about-face council voted last week to spend a cool $9 million on buying the land, and approved an additional $2.6 million towards allowing the developer to make capital improvements to the property to turn it into a proper rec centre.

The controversy hasn’t stopped there — the decision has come under scrutiny by Brampton residents due to a lack of transparency in the decision-making process, lack of opportunities for public involvement and a perceived lack of prudence in handling taxpayer money.

Brampton City Council isn’t a stranger to offering a helping hand to private organizations. In a controversial decision back in 2016, council voted to give the Brampton Beast, a privately owned hockey team, $1.5 million in public funds to stay afloat.

Unsurprisingly, this latest decision has struck a nerve with residents who feel the Riverstone deal is another case of council offering a handout of public funds to help a private company.

While some councillors claim the decision to purchase the golf course stemmed from a need to build a seniors centre in east Brampton. But it was the Giampaolo Group that approached the city about the purchase of the failing golf course, the study of which was then tabled by Councillor Miles.

The decision hasn’t been transparent

City staff maintains a consultation was conducted during the process of creating a Recreation Master Plan last year. But while the public may have had the chance to offer feedback on the need for a seniors’ centre in the area, they did not have the opportunity to offer feedback directly on Riverstone: the deal was conducted completely behind closed doors.

Now that details are out in the open it has been revealed that the developer will still own a lucrative portion of the property, and the deal allows them to redevelop it in the future. That redevelopment aspect is something area residents that knew about the potential deal haven’t been keen about from the start.

There may be a conflict of interest

Emails obtained by the Brampton Guardian through a Freedom of Information request also revealed that Councillor Miles has been heavily pushing the purchase of the golf course behind the scenes.

Not only this, but claims have arisen about a possible connection between developer Gianpaolo Group and Councillor Miles.

Gianpaolo Group donated to Miles’ election campaign in 2014, along with a number of other councillors, and has donated upwards of $10 million to various community causes Miles is involved in. Those include Wellspring Chinguacousy, a cancer support centre Miles founded a number of years ago.

Given these allegations, some felt there was a conflict of interest and that Miles should have removed herself from the decision.

Miles denies any connection with the developer and denies that there is a conflict of interest. She stated that she would be “neglecting her council duties” by not actively participating. It isn’t clear whether an official claim has been filed with the Integrity Commissioner regarding Miles’ recent decision not to remove herself from the deal, which happened in-camera.

Some question whether it’s necessary

A cursory glance at area facilities and spaces shows that not only is Clairville Conservation just around the corner from the site, but the multi-million dollar Gore Meadows Recreation Centre, a mega hub that includes a library, rec space, future outdoor skating rink and more, is just a 6-minute drive away, too.

In other areas of the city, rec facilities–especially in the Bramalea area–are aging. Some will undergo renovations in the next while, but no plans have been announced for most.

Council just voted two weeks ago on 3.7% tax increase, which some argue is too much. Others see it as an investment to help Brampton grow. But without clear numbers on the expected impact of the centre built on Riverstone grounds, no full picture of how many people will use it. And with existing facilities nearby, some see it as a lack of prudence and respect for taxpayer dollars.

Not only this, but the $11.6 million doesn’t appear to include funds to naturalize the golf course and valley lands within it, or the operational costs of the centre once renovations are complete.

How the vote fell