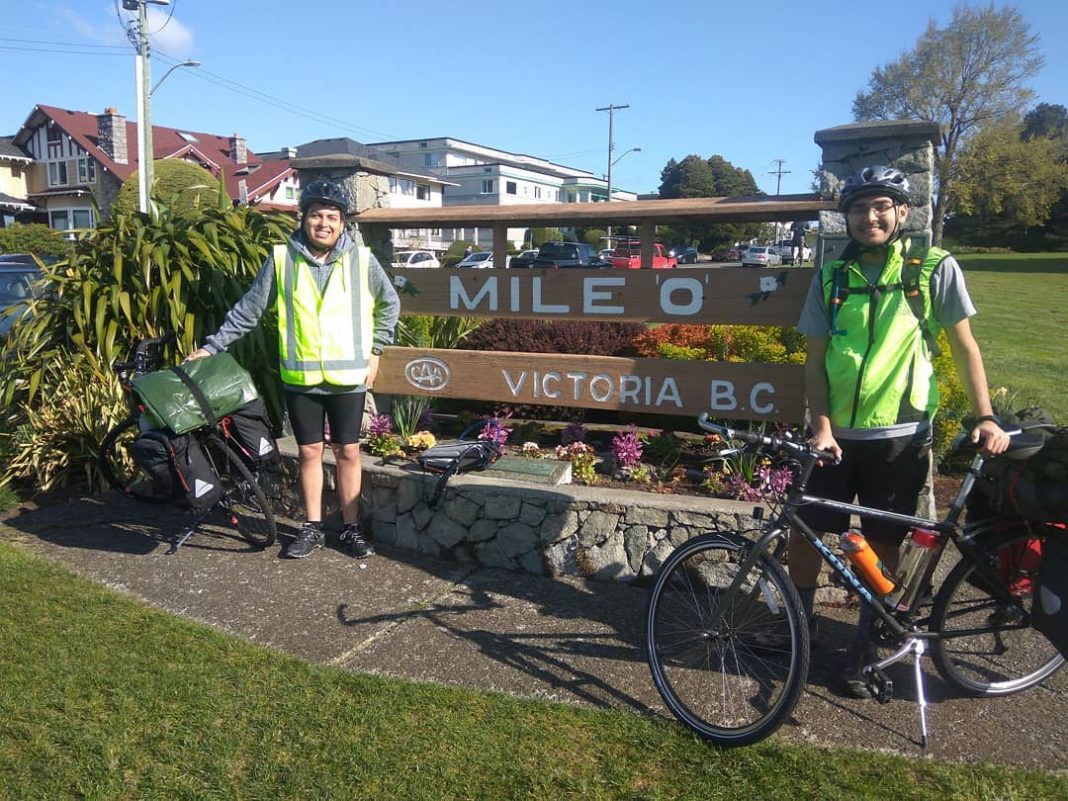 Brampton resident Skyler Roberts is in the middle of a cycling trip all the way across Canada and he’s doing it to raise money for the Alzheimer Society of Canada.

This isn’t the first time Skyler has travelled across the country. After joking with some online friends about walking from Brampton to San Francisco, California, one of those friends bet Skyler $20 that he couldn’t do it.

On August 14, 2016, Skyler started his journey. The trip to San Francisco was about 4,500 miles since he took a more circuitous route in order to visit friends and see the sights along the way. He did rely on some transportation, but 80 percent of the trip was spent walking.

After 322 days, on July 2, 2017, Skyler made it to San Francisco. He stayed in the area with his father for a while, then went up to see the total eclipse of the sun in Oregon. After that, he headed home to Brampton. Most of the trip home was spent hitchhiking, which resulted in a more direct journey of about 3,000 miles. Skyler says wanted to ease back into things instead of just flying back and being there in a relative blink of an eye.

On April 22, 2018, Skyler set off on a new trip, one he calls “the sequel” to his walk across America. He is cycling 8,000 km (5,000 miles) across ten provinces. Unlike his last epic journey, however, Skyler won’t be alone. He’s bringing along his high school friend Mario, the same one who bet him $20 he couldn’t walk across America. These guys like a good wager, though: this time Skyler bet Mario $20 that he couldn’t cycle across Canada, and that’s why this duo got its wheels ready.

To donate money to the fundraiser, check out the Canada Helps website.