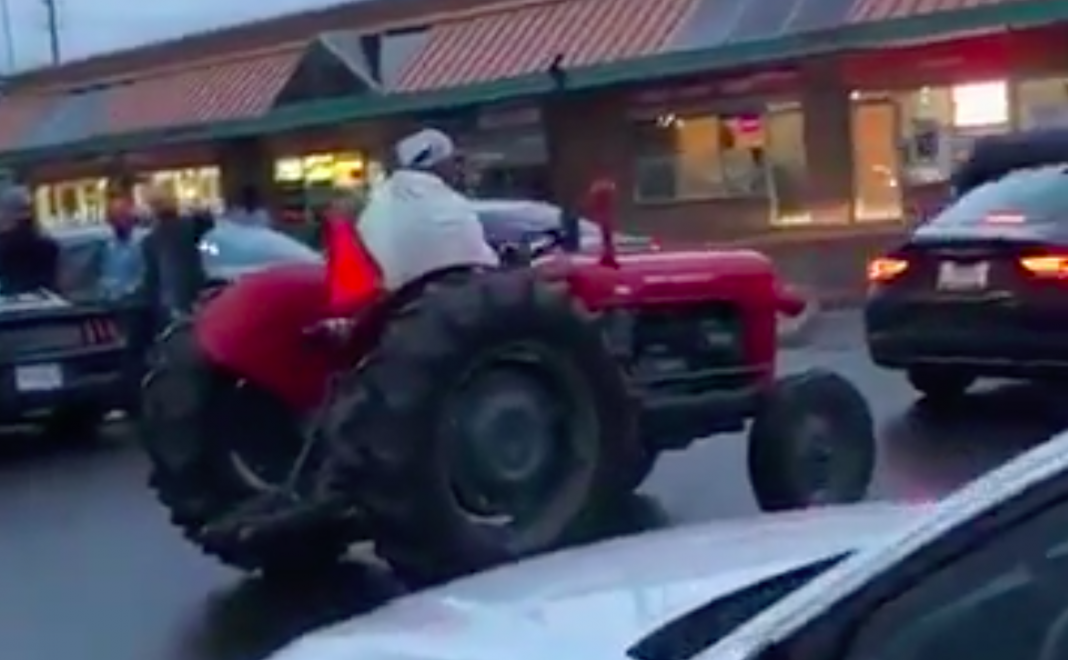 It looks like you don’t necessarily need a car to get service at a Tim Hortons drive-thru, because someone just drove through on a tractor to pick up their coffee and nobody in the store batted an eyelash.

A video of a man cruising through for his java fix was posted to Twitter Monday by a Brampton resident and has since raked in the views.

The Brampton man casually lines up with other cars, puts through his order and grabs his coffee, all the while enjoying the summer-like weather from the perch on his tractor.

Brampton is the greatest place on earth

The whole thing went down at a Tim Hortons across from Sheridan College at Steeles Avenue and McLaughlin Road. The man quickly gathers a crowd in the parking lot, though employees at the drive-thru window appear unfazed by what one might assume is an unusual occurrence. It could even mean he’s a regular.

After grabbing his coffee, he languidly drives away, coffee in hand. Eventually, he realizes he has an audience and flashes a smile to the camera. Congratulations, man. You officially win the award for badassery.