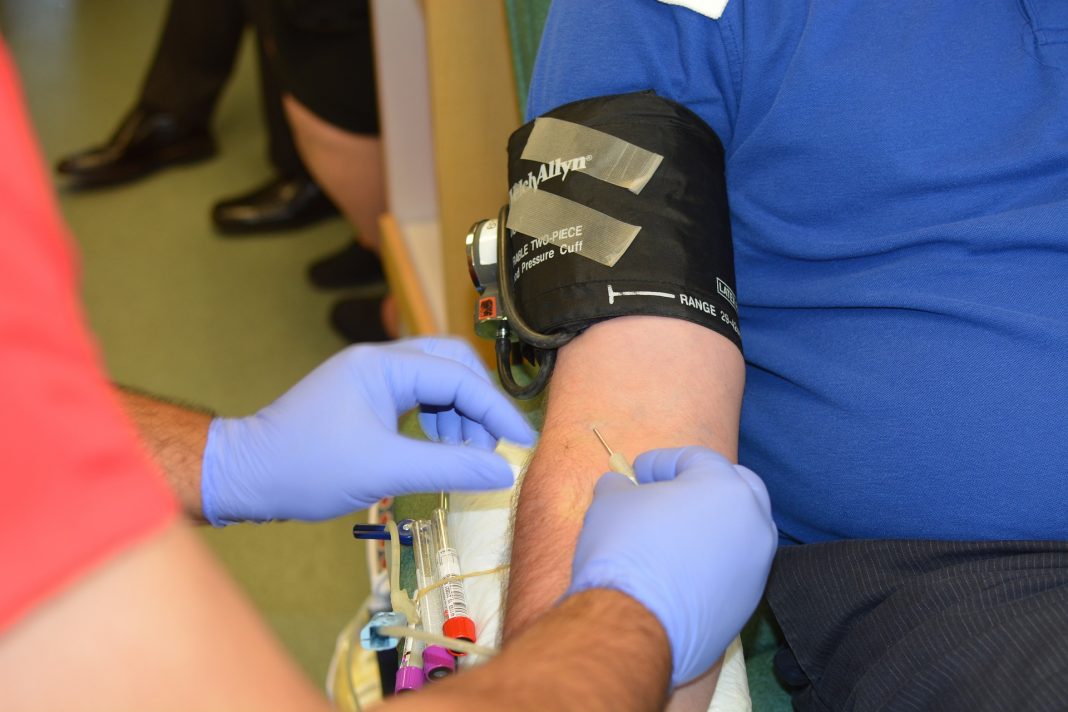 A Brampton resident who filed a complaint against the federal government on its blood ban has received a response that his complaint may be dismissed on a federal level, by a technicality.

The blood ban, or MSN restriction, stipulates that gay men, or men who have sex with other men, are not eligible to donate blood that is used for blood transfusions – all of which are due to what plaintiff Christopher Karas and many others call ‘arbitrary factors’.

Karas filed the complaint on the blood ban back in 2016, and after a very long wait, he received a response, which came earlier this fall. His complaint to the Human Rights Commission was found to have merit and his case was referred to the Canadian Human Rights Tribunal.

However, last week, Karas was informed that the Attorney General of Canada will be reviewing the commission’s decision to refer the complaint to the tribunal.

Karas claims that the attorney general is stepping in to have the case dismissed altogether, by a technicality.

Karas argues against this, as Health Canada is the federal regulatory body in Canada.

The application assessing Karas’ case states that the commission was “unreasonable” for referring his complaint to the tribunal since Karas had filed it against both Health Canada and The Canadian Blood Services (CBS).

The application cites that, “Christopher Karas’ human rights complaint is about a policy that is not set by Health Canada, but by the Canadian Blood Services (CBS),” and further states that, “CBS develops its policies and procedures independently, and at arm’s length from Health Canada.”

The application argues this separation by citing the Krever Commission, that was formed to investigate thousands of Canadians receiving infected blood in the 1980s and 1990s making one of the recommendations to separate the blood system into two government agencies: The Canadian Blood Services, and the Hema-Quebec, under the Blood Regulation of Health Canada; and that because of this, Health Canada’s responsibilities with CBS are limited to “assessing its operations to ensure that they will not compromise human safety or the safety of the blood.”

“By trying to distinguish these two parties, they can put blame on each other, so nobody is held accountable,” says Karas.

He says, “[I hope] that these policies will be amended, if not eliminated so that I and others are no longer discriminated against.”