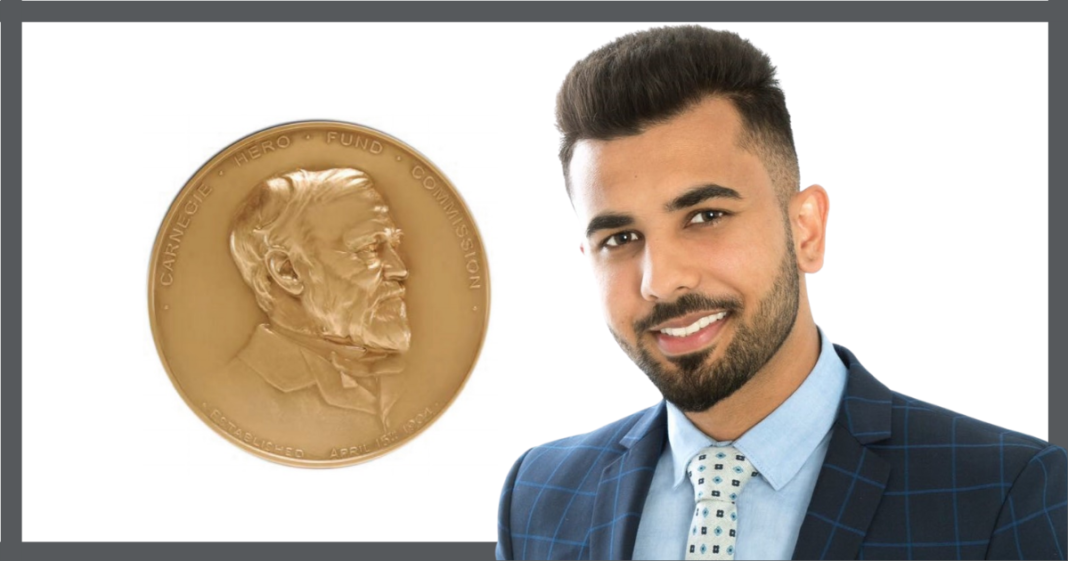 Harmanjeet Singh Gill is a Brampton truck driver who risked his life to save three people from a burning SUV, and he is one of the 17 civilians being honoured for acts of heroism by the Carnegie Hero Fund Commission.

Gill, 22, and the other recipients of the Carnegie Medal are being given the highest civilian heroism honour in both Canada and the United States.

A statement on the Carnegie Hero Fund Commission website said that the Carnegie Medal is given to those who “enter mortal danger while saving or attempting to save the lives of others.” In addition to the medal, the recipients of the awards will also get a financial grant.

Here is what the commission website had to say about Gill’s act of heroism.

Learn more about the award and the other recipients here.