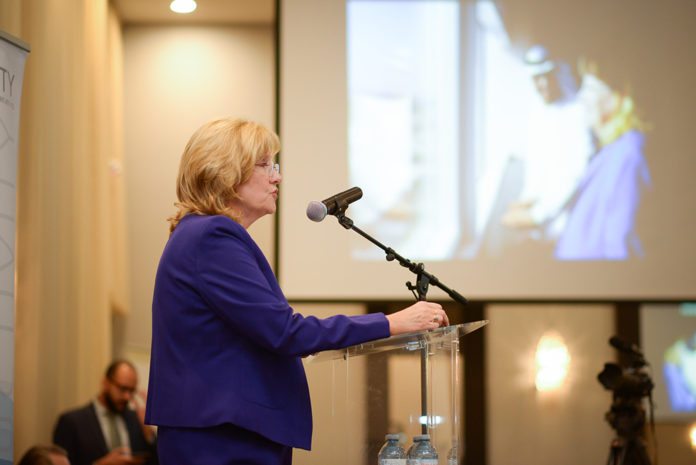 After a hailstorm of contention around how Muslim students should pray in Peel Schools, Mayor Linda released a statement last week denouncing hateful speech and discrimination.

The statement expressed concern over the racist speech that has occurred as a result of PDSB’s move to reverse the controversial decision that forced Muslim students to use pre-approved sermons for their Friday prayers.

Last Fall the Peel Board implemented new procedure requiring Muslim students to choose from pre-written sermons at their Jummah prayers, a communal worship Muslims participate in every Friday.

Previously, students were given permission to write their own sermons, but under the new rules, they would only be allowed to use sermons approved by the school board.

Peel School Board defended the procedure by stating that it would allow prayers to be more consistent across all schools. This didn’t stop students from feeling like their rights and freedoms were being compromised.

While the controversy sparked important discussions around religious freedoms, the power of schools to dictate what students can and cannot do and the level of religious accommodation currently available, it has devolved into outright hate speech at times.

Now the flames are being fanned further as the Mayor’s statement gets international attention from popular Alt Right voices, including the infamous Pamela Geller.

Geller penned a piece late last week expressing outrage over the accommodation, further reinforcing precisely why the mayor chose to address the issue in a statement.

“I am troubled by the misinformation, fear mongering and outright falsehoods being spread by some,” said Jeffrey.

Perhaps the biggest falsehood perpetuated throughout the debacle has been that Muslim students are privy to treatment other students looking to exercise their respective religious beliefs are not. Based on the contents of her article, Geller is under this impression too.

“When are the Jewish prayers? The Christian prayers? The Hindu prayers? Of course, there aren’t any. Only Muslims get this kind of special accommodation,” says Geller in her article.

In reality, all schools in Canada are required to offer prayer and religious accommodations to any student who requests it. It’s a right under the Charter of Rights & Freedoms.

One need only take a peek at the comment section of Geller’s article, and the slew of others from local media outlets, to see how far the misinformation is spreading and the hostility it’s causing towards Muslims.

This past weekend 200 people opposed to the decision by Peel Schools staged a protest in Mississauga.

Jeffrey, despite the naysayers and unexpected attention, has remained unwavering in her position.

“I was elected by Bramptonians from all walks of life to represent all of my 600,000 residents, said Jeffrey. “I strongly condemn any form of discrimination, any form of racism, and any form of hate. There is no place for it here, or anywhere else in Canada.”